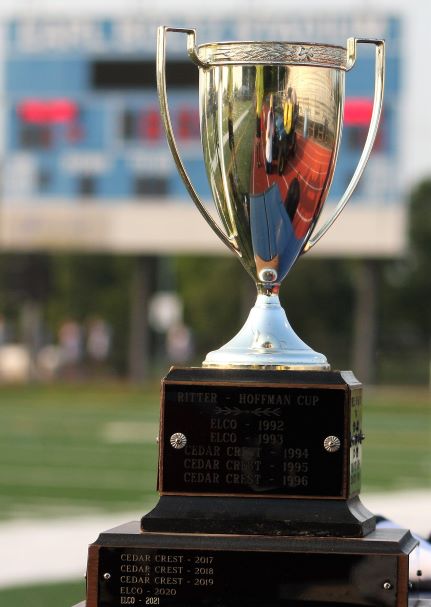 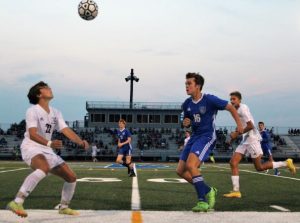 SOUTH LEBANON – The Elco boys’ soccer program’s return to prominence is complete. For conclusive evidence of the Raiders’ re-arrival, one has to look no further than the 36th annual Hoffman-Ritter Cup rivalry match.

On a clear Saturday night at Ed and Jeannie Arnold Field at Earl Boltz Stadium, on the campus of Cedar Crest High School, Elco turned the most heated rivalry in Lebanon County boys’ soccer into its own personal coming-out party, with an emphatic 5-0 triumph over the homestanding Falcons. Performing with energy and purpose, the Raiders owned the better of the play throughout, before pulling away in the closing minutes. 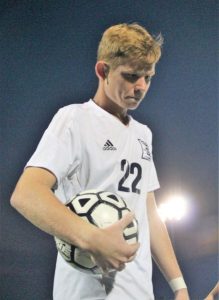 The victory was Elco’s sixth straight overall and vaulted it to 6-1 on the year. Though Cedar Crest, now 2-7, is much improved over last season, the Falcons still have a long way to go.

The win was also the Raiders’ third straight in the Hoffman-Ritter Cup series, which dates back to 1987. But Cedar Crest still leads the all-time series 18-17-1.

“It was competitive,” said Elco head coach Jamie Cascarino. “We came out and performed like Elco soccer should play and perform. It’s with high intensity and passion, and the bottom line Elco pride.

“What’s been going good is continuity, and communicating what we see,” added Cascarino, “and the boys’ receptiveness to that and their dedication to the team. Our motto is ‘more than a team’. We have great camaraderie.” 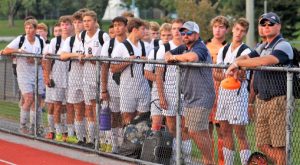 Despite Elco possessing the ball and controlling the midfield, the game was score-less until Marquette gave the Raiders a 1-0 lead, 13:23 in. Landon Gettle was credited with an assist on the play.

Then, three minutes into the second half, senior midfielder Thayne Kahl pushed the Raiders’ advantage to two goals. Off a feed from Ashton Beck, Kahl ripped a 35-yarder with his right foot from the middle of the pitch to inside the right post.

“We did a high press on the defensive side and it allowed us to open up space on the outside, and then play it across,” said Cascarino, more of Elco’s offensive approach than any of Marquette’s goals. “And we played amazing defense. Logan Kless is a great leader and Nic Miller did a great job of marking. Kody Boyer and Caden Baer also played well defensively, and our keeper Chandler Ehrhart was back there dictating everything.

“This has always been an amazing rivalry,” continued Cascarino. “I remember being part of it as a former player. It’s a high intensity, important match for both programs, with a long history. (Cedar Crest head coach) Todd Gingrich’s players fought and played well, and gave us a great challenge.”

The Raiders tallied a pair of goals 31 seconds apart in the middle of the second half to extend their lead to 4-0. Marquette’s hard shot from a hard angle bounced off Falcon keeper Ty Hains’ gloves and into the net, and junior Dallas George used his left foot to pump a Jaydon Noll pass inside the left post. 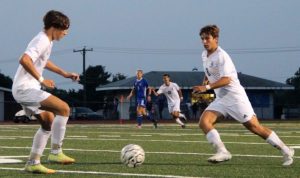 With 1:10 left, Marquette completed his hat trick and rounded out the Raider scoring, following a feed from Ben Macchione.

“Things are going well for us right now,” said Cascarino. “The coaching staff is focused on building a solid foundation. That leads us into games where we have each other’s backs.

“As far as confidence and Elco soccer goes, every time we step on the field we expect to win,” Cascarino added. “So you’ve got to be prepared for each match. I think you saw that with the result tonight.”

“Elco soccer is always looking for each game to be competitive,” said Cascarino. “We’re looking to compete and perform at the highest level.” 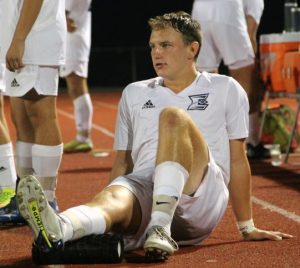 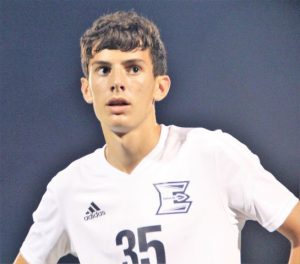 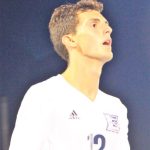 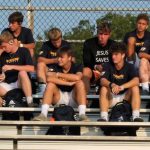 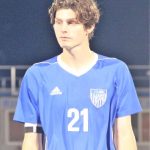 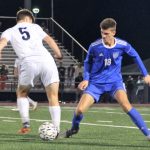 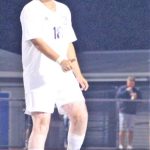 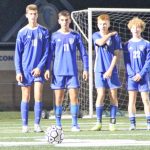 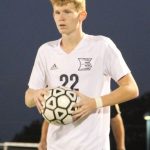 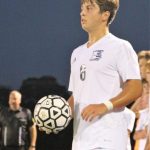 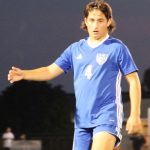 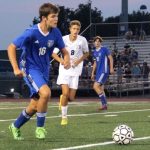 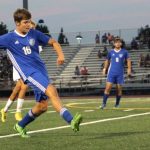 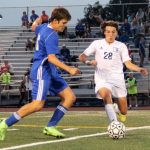 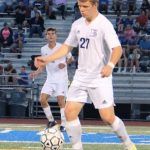 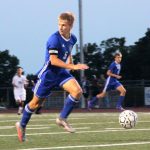 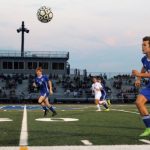 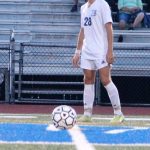 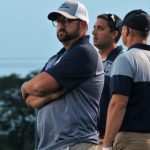 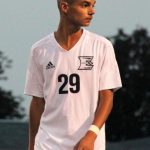 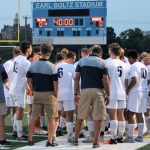