Lebanon Gets Better by Besting Elco 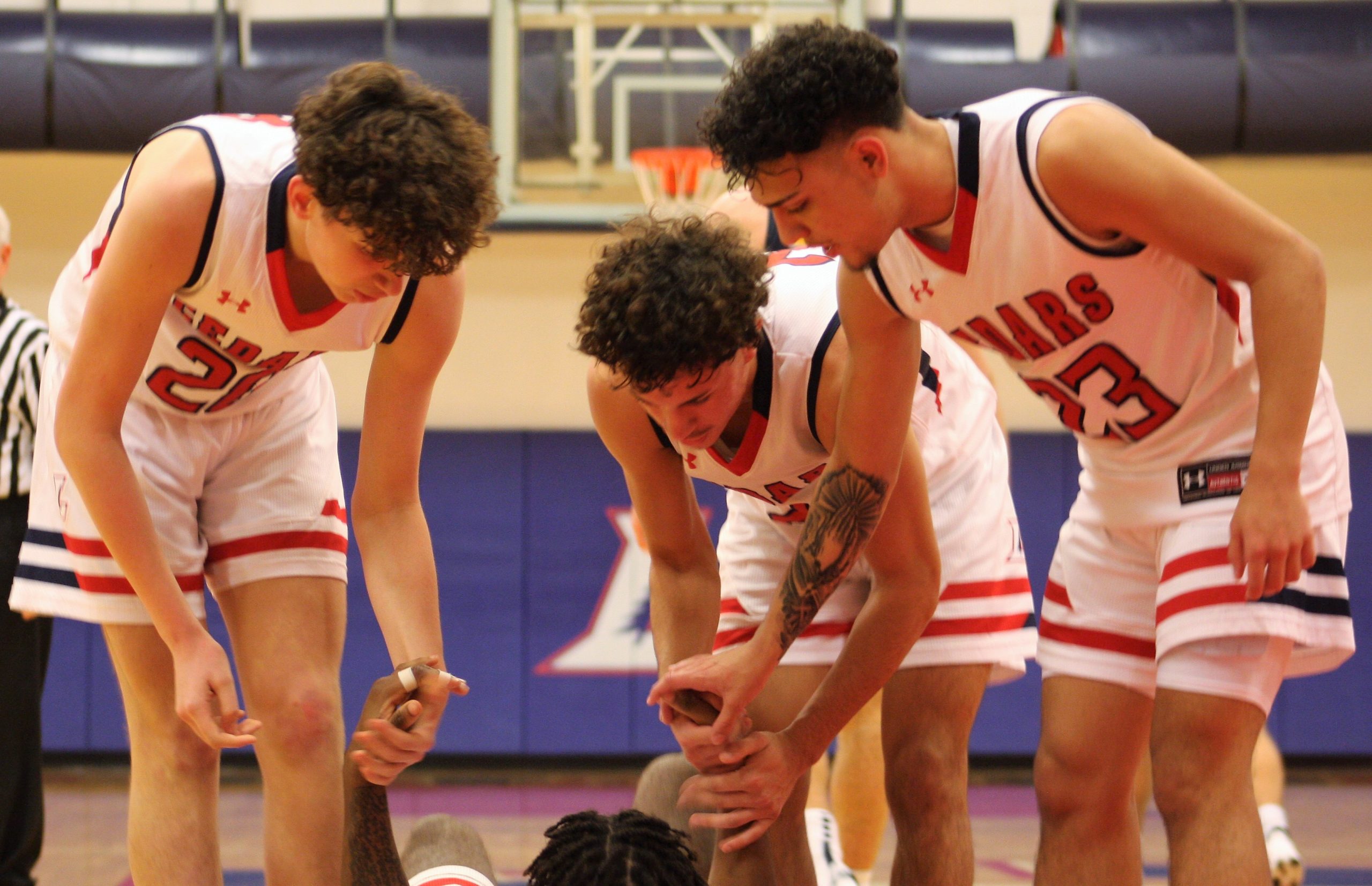 LEBANON – If the concept behind these basketball tip-off tournaments is to promote playing time, gain experience and jump start the improvement process, then the 23rd annual Lebanon Athletic Booster club event was a huge success, for everyone involved. All those elements almost make winning secondary – almost.

What winning provides are confidence and momentum.

On Saturday night, the Cedars captured the championship of their own tip-off tournament with a hard-fought and well-earned 34-29 victory over Elco in the title tilt. In a contest that will go a long way in making both local sides better as the season progresses, it was Lebanon which made a few more shots, made a couple more plays and came up with more loose balls down the stretch.

The result made Lebanon 2-0 on the year, while Elco slipped to 1-1.

Cedar senior guard Marquis Ferreira was named the most valuable player of the tournament. He was joined on the all-tournament team by LHS teammates Adrian Cruz and Nathanael Diaz, Elco’s Luke Williams and  Dallas George, Ethan Glass of Spring Grove and Daniel Mailey of Red Land.

“I think it’s just important getting out and playing other teams,” said Lebanon head coach Tim Speraw. “I know Brad (Elco head coach Conners) is going to have them (the Raiders) well coached and well prepared. It was a good battle for us, because we’re going to be playing teams that are bigger than us all the time. It was a good battle just to find out who each other is.

“We’ve just got to keep finding roles for players,” continued Speraw. “We have two wins, we’re 2-0. It’s where we want to be. We’ve just got to continue to get better. We talk about goals, but I don’t know if they (his players) feel pressure realizing them. Kids are day-to-day. I just try to get them to enjoy the journey.”

“I love playing in this tournament,” said Conners. “It prepares us. That’s what we want, just to be gritty and not giving up. If we’re starting to take on an identity and that’s it, I like it.”

Trailing 27-24 in the early moments of the final quarter, the Cedars’ Cruz and Emmanuel Mason connected on back-to-back three-pointers 23 seconds apart to provide their side with what would prove to be the decisive points. With 53 seconds left, Ferreira connected on a pair of charity tosses to make it a 32-29 Lebanon lead.

But Lebanon was not out of the woods until two seconds remained, when a three-point try by the Raiders’ failed to draw iron.

“Size compared to size, we rebounded very well,” said Speraw. “I thought there were a couple of balls that could’ve been offensive rebounds for them, but our guys came down with them. We hit some shots in the fourth quarter. We hits some big ‘threes’.

“Competing is an expectation,” Speraw added. “I don’t know if I’ve ever had a team that didn’t compete. If I can’t motivate them, it’s time for me to go. I thought they (his players) did a good job of competing both nights.”

“We’ve just been talking about what it means to be gritty,” said Conners. “Tonight’s message was ’embrace the pressure’, because pressure makes you better. They’re (his players) disappointed. There are some red eyes in there (locker room). It was right there.

“We’re past moral victories,” Conners continued. “They wanted it. They fought. I didn’t sub one time tonight. That’s the first time I did that.”

Neither team led by more than one possession during the third quarter.

With 2:13 left in the period, Cruz drained a three-pointer to put the Cedars ahead 24-22. But Williams responded for Elco, completing an old-fashioned three-point play to give the Raiders a 25-24 edge heading to the fourth quarter.

“Boxing out was the number-one thing on our board,” said Speraw. “I thought we did a good job of it. I thought we handled our assignments pretty well. Basically, it was our speed against their size and strength.”

“We talked about the little things on defense,” said Conners. “Our kids are putting it together defensively. That was exciting. Our first hour of every practice is spent on defense. I don’t think it was ugly offense.”

Attivo led the Raiders with 11 points.

“Marquis was our MVP, just with the way he controlled the flow,” said Speraw. “When they started pressing, we wanted the ball in his hands. I thought both Marquis and Adrian played well.

“Obviously, we wanted to play a little faster,” Speraw continued. “But we also missed a lot of close shots. We’ll play at whatever pace we have to.”

“That’s a fun team,” said Conners of Lebanon. “They’re going to win some games. Luke Collins was a big loss. But there’s still a lot of stuff left over there. Give a lot of credit to those guys.”

The pace at the start of the contest was much more to Lebanon’s liking. The Cedars closed the opening period with a buzzer-beating three-pointer from Ferreira and opened the second stanza with a ‘trey’ from Mason, to open a 14-6 advantage, a lead that would prove to be the biggest of the evening.

But courtesy of seven points by Attivo, a three-pointer from George and a Williams bucket, Elco closed the first half on a 12-2 run, and with an 18-16 intermission edge.

“I think the fact that it was a tournament and that we were playing in a championship game added a little pressure,” said Speraw. “And I thought we handled that pressure. I thought it was a flat-out grind. It was a different kind of basketball game. But I thought we handed it well and made adjustments.”

“We want a game in the 50s, so we’ll take one in the 30s,” said Conners. “We can’t argue with that. Any Lebanon team wants to speed you up and turn you over. I thought we started taking better care of the ball. Any time you play Lebanon, you’re worried about that.” 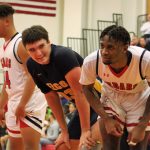