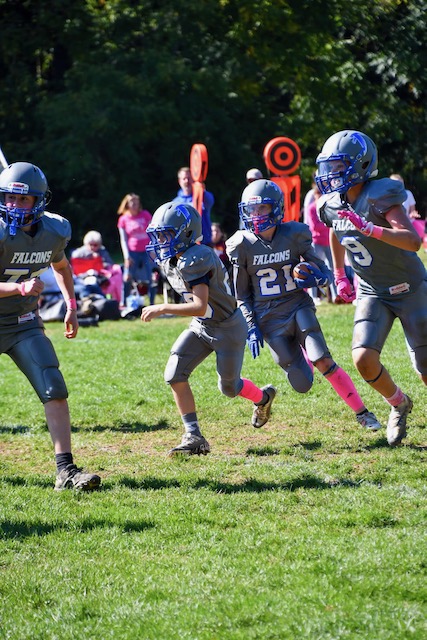 The Falcons clear the way for the ball carrier 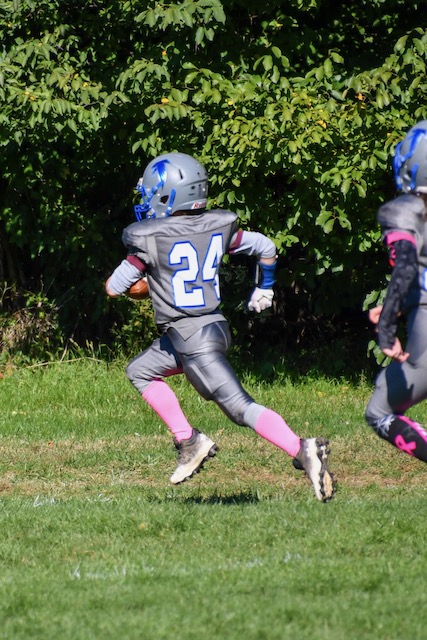 This Falcon is photographed while flying to the end zone 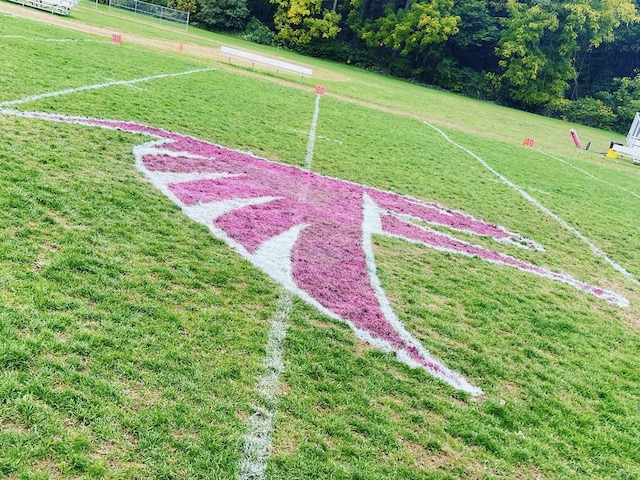 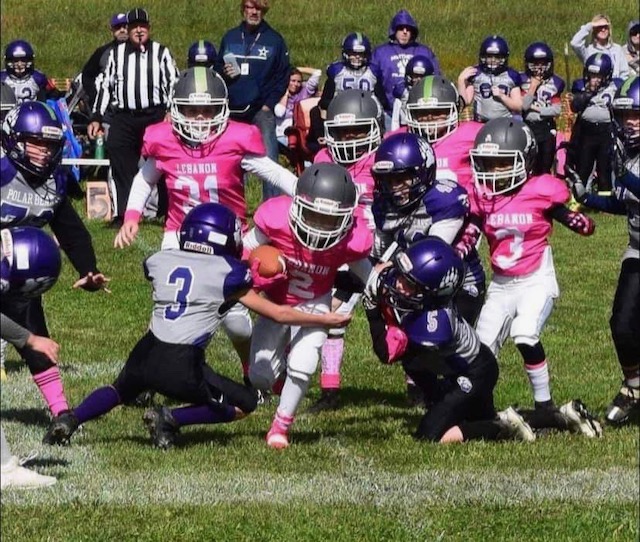 The Raiders running back picks up some tough yardage 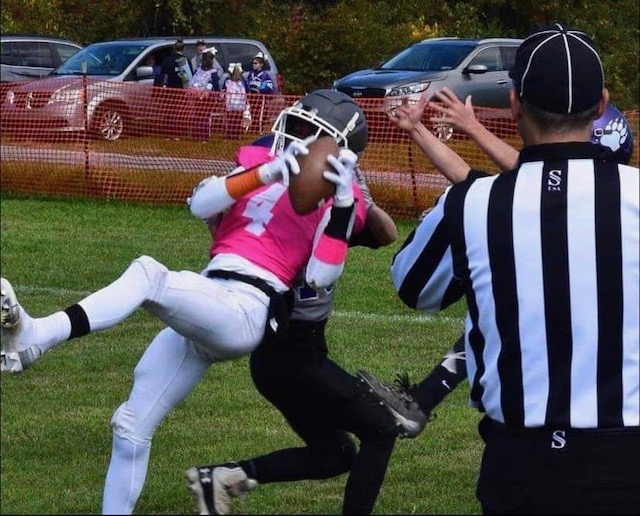 This Raider battles to bring the ball down in his possession 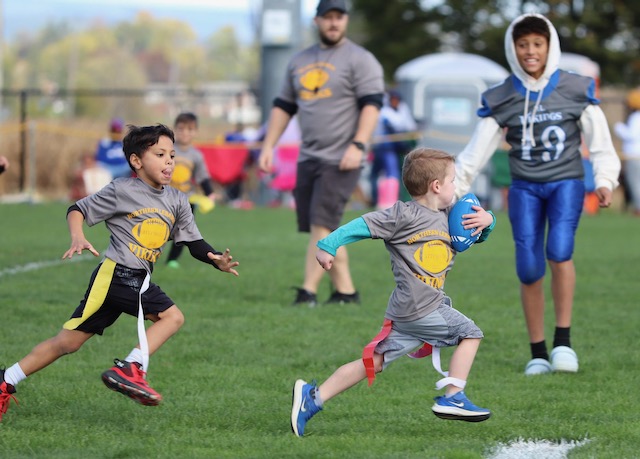 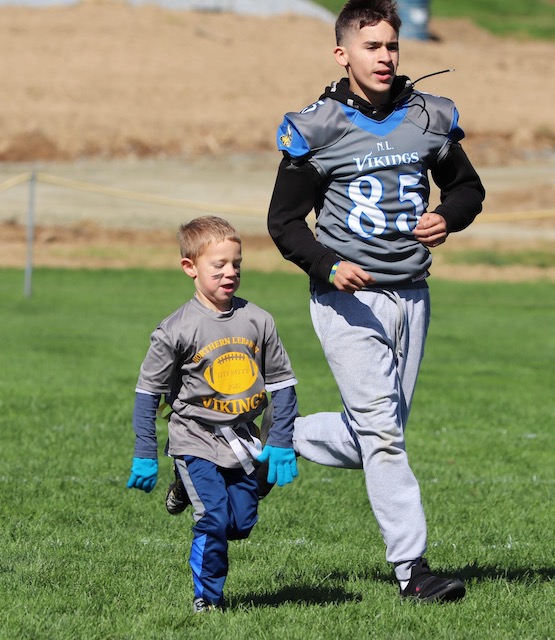 The midget players are always ready to assist the Itty Bittys 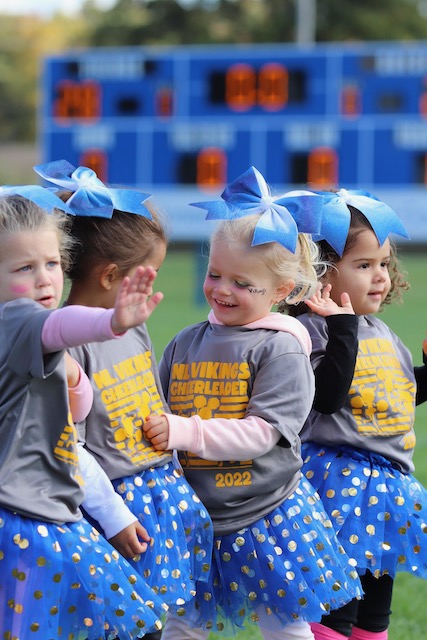 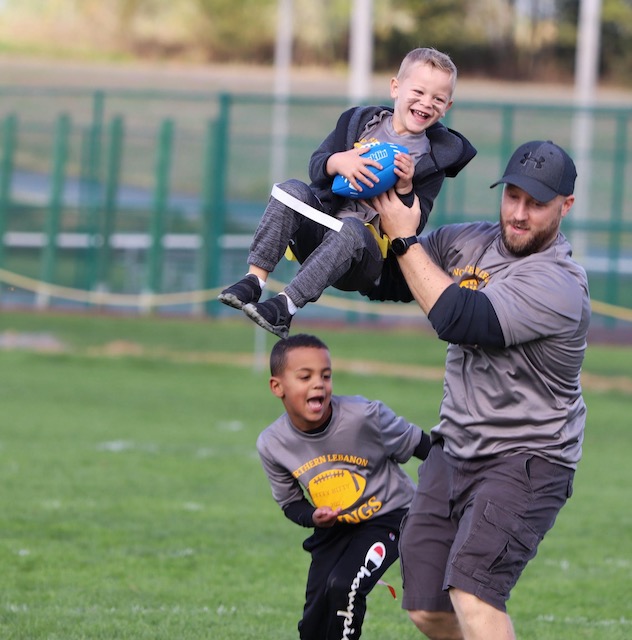 The smiles say it all 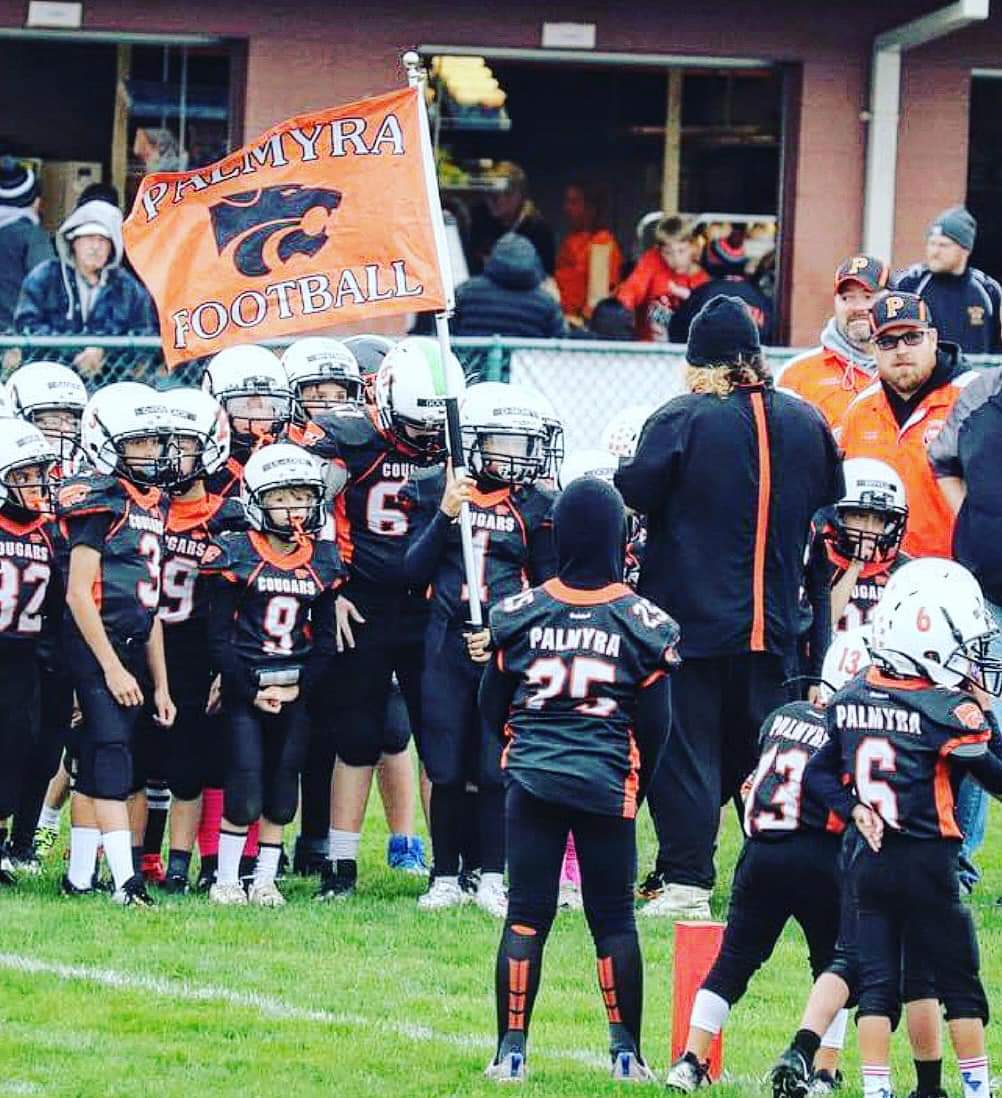