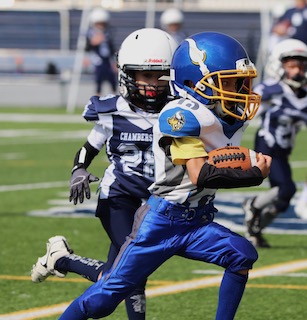 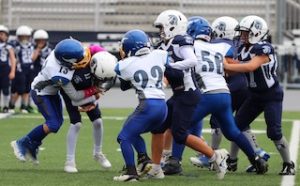 Luke Shireman sacks the Trojan QB during the Peewee game. 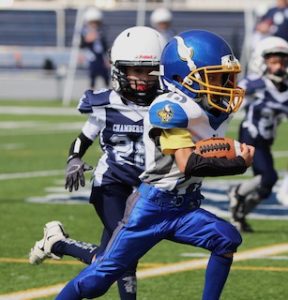