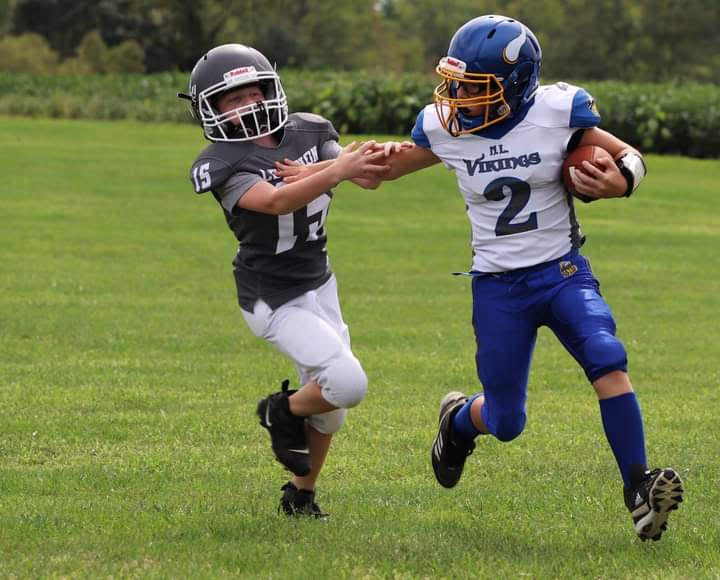 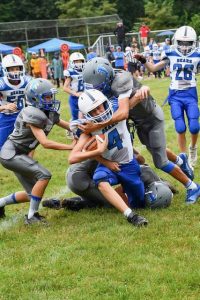 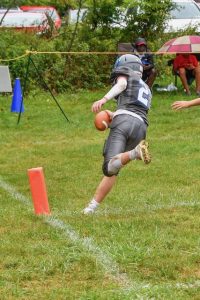 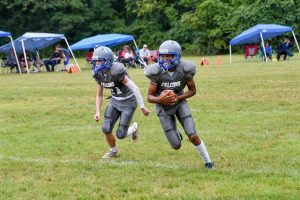 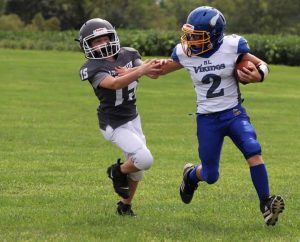 Jonathan “Zimmy” Zimmerman with a nice run for the Vikings. 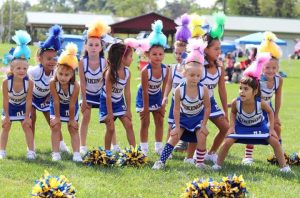 The Viking Smurf cheerleaders during their halftime routine 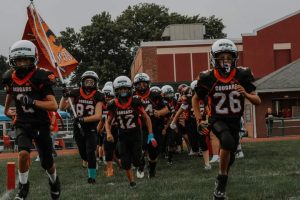 Pony Cougars tear into the field in a frenzy
Photo Credit: Vanessa Reigle