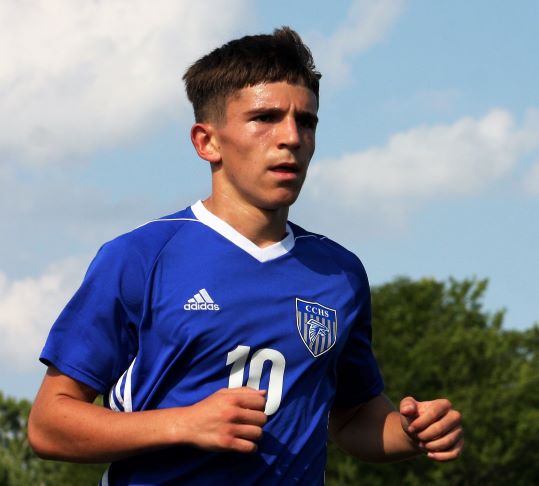 The Cedar Crest boys’ soccer team is planning a big move. It’s not just seeking to turning things around, it wants to do it in an impactful way.

The Falcons expect Gio Mancino to play a huge role in their plans.

On Monday at home, Cedar Crest began a hope-filled fall campaign with an impressive 6-0 victory over rival Lebanon. For his part, Mancino was in the middle of all that went right for the Falcons.

The junior forward tallied a pair of goals and added an assist, as Cedar Crest got off to a solid start before pulling away from the Cedars late.

Mancino netted the all-important first goal of the game – and season – 12 minutes into the contest when he out maneuvered the Lebanon keeper for a loose ball. Then 12 minutes into the second half, Mancino put the Falcons up 3-0, with his left foot, high to the short side.

Later in the week, Mancino added assists in Cedar Crest’s road loss at Cocalico and the Falcons’ home setback to Palmyra.