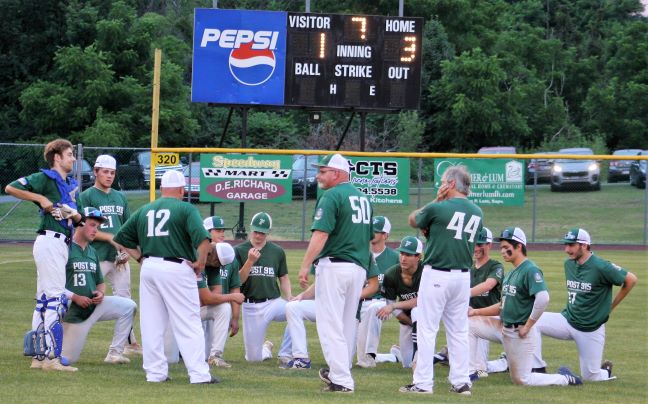 FREDERICKSBURG – They always say that survival is the greatest motivator. But do you know what else is powerful motivation? Pride.

Fredericksburg doesn’t need to win the playoff – and overall – championship of the Lebanon County American Legion baseball league. But Post 915 sure does want it. 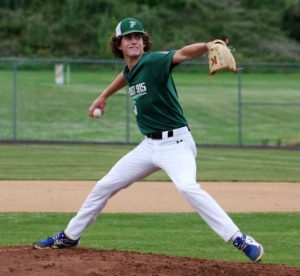 On a muggy Wednesday evening at Earl Wenger Memorial Field, the regular season champions orchestrated an important move on its goal with a 3-1 triumph over Fifth Ward, in the semifinal round of the local summer circuit’s seven-team, double-elimination playoff tournament. With some key hits and stingy defense, Fredericksburg emerged victorious in what boiled down to a tense mound match-up between ace Austin Beard and Fifth Ward southpaw Braden Collazo.

The result pushed top-seeded Fredericksburg to 11-2 overall and into the undefeated game of the Lebanon County American Legion league playoffs, opposite second-seeded Annville, which edged Campbelltown 2-1 in the other semifinal, on Thursday at 7 p.m. back at Earl Wenger Field. With Fredericksburg assured of one of Lebanon County’s two berths into the eight-team, double-elimination Region Four tournament – July 15-19 in Red Lion – Annville is now in the driver’s seat for the second. 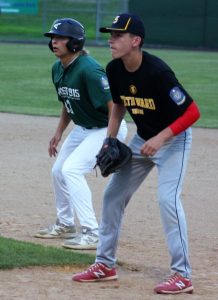 Fourth-seeded Fifth Ward, which fell to 1-1 in the postseason and 8-6 overall, can still claim the regional spot, but must now fight through the loser’s bracket to do so.

“These kids want to win the playoff championship, and so do I,” said Fredericksburg head coach Steve Beard. “We go 10-0, clinch the league (regular season) and then lose the next t wo. We have to win tonight. The season started all over again tonight.

“I wanted us to win tonight (Wednesday) and I wanted us to win tomorrow (Thursday) and then not play until Sunday,” said Fifth Ward head coach Greg Kreiser. “My goal is to get that regional spot. We could still come all the way back through the loser’s bracket. Now it’s just going to be a little tougher. 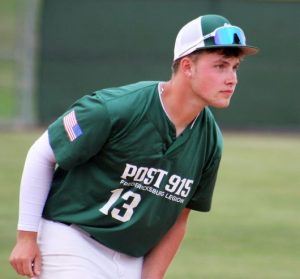 “I think we’re all pretty even,” added Kreiser. “Any of us could beat any of us. Annville, Campbelltown, Fredericksburg, us, even Myerstown. Sometimes you just need luck.”

Trailing 1-0 and with momentum clearly on the side of Fifth Ward, Fredericksburg pieced together a crucial two-run rally in the bottom of the fourth inning to flip the switch.

It all began with back-to-back one-out singles by Beard and Jared Ecenroad. But thanks to an error and a balk, neither of the runs that Post 915 plated was earned.

“I don’t think either pitcher had their best stuff, but they found ways to get outs,” said Beard. “That was a team win. It reminded me of the way we played early in the season. 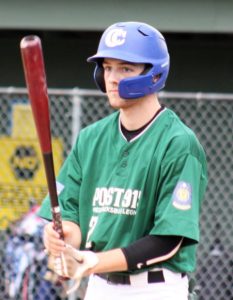 “I don’t really preach an approach at the plate, because every hitter is different,” Beard continued. “We want to look for the fastball and react to the curve. We didn’t do a lot of that tonight, but we did enough to win.”

“It was a pitchers’ duel. That’s what I expected,” said Kreiser. “I knew it was going to be a close game. That error at third base was the difference, that and the balk. That was the game right there.

“We needed to have a little better approach at the plate,” Kreiser added. “We got everything we needed out of the pitching. We just needed to be better at the plate.”

Beard was downright masterful in pitching a complete-game three-hitter. He pitched to contact, struck out two and walked two. 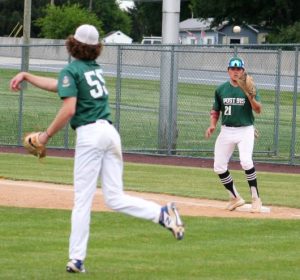 But Lebanon got to him for a run in the top of the fourth inning and assumed that one-run edge. Yostin Guerrero led off with a single, made it second on an outfield error, then was sacrificed to third by Albert Rodriguez, before Collazo brought him home with a sacrifice fly to left.

“He’s (Beard) the workhorse,” said Beard. “You know you’re probably going to get a complete game out of him. He’s going to go deep into the game, and he’s a bulldog. Tonight he won without his best stuff.

“I think he certainly has to be in that (MVP) conversation,” added Beard. “But I’ll let someone else decide that. It’s a team game. He’s had a phenomenal season. But it’s hard to say that because there are some pretty good baseball players in this league.”

“That’s the norm for him,” said Kreiser of Beard. “It’s always tough when he’s on the mound. I’m glad I don’t have to hit against him. He has a good off-speed and he keeps you off-balance.”

Post 915 added a much needed insurance tally in the bottom of the sixth inning. Beard knocked in Noah Gonzalez, who had opened the at-bat with a booming triple.

“I don’t think Braden had his best stuff,” said Beard. “I’ve seen his best stuff and it’s scary. When he has good velocity, you’re in trouble. Coming out here and throwing 97 pitches in a playoff atmosphere, I wouldn’t expect anything else from Braden Collazo.”

“That is what I expected of him,” said Kreiser of Collazo. “He’s going to give you a tough game every time out. I told him I needed him to go at least five innings and he went all six.” 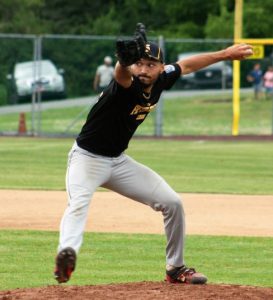 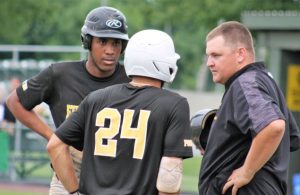 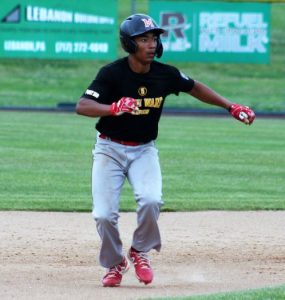 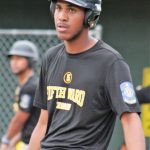 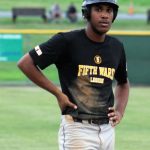 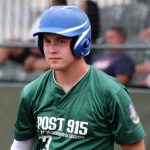 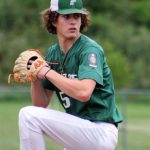 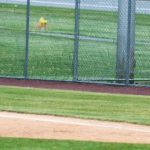 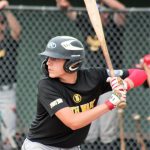 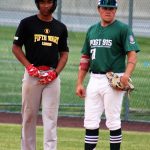 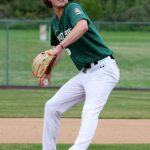 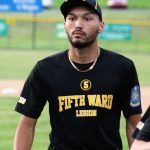 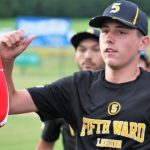 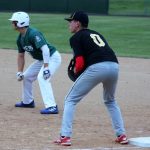 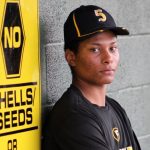 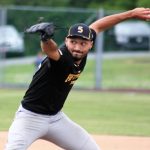