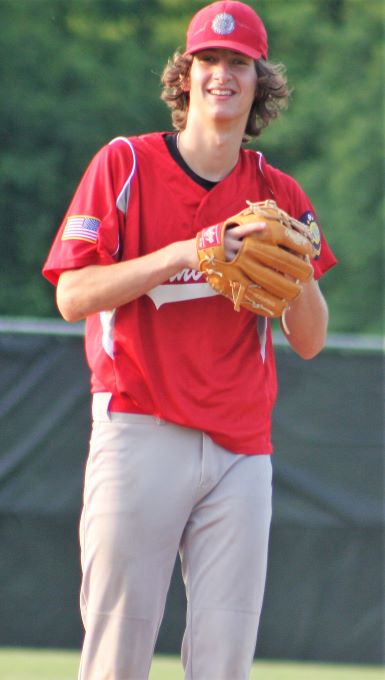 When Isaac is ‘on’, he’s Good. And when Good is good, the Annville entry in the Lebanon County American Legion baseball league has a chance to be great.

Now, that may be a lot of pressure to place on the shoulders of one performer, but that’s the kind of potential that Isaac Good brings to the table. He many indeed hold the key to a balanced and experienced Annville team’s fortunes this summer.

With a home triumph over Fifth Ward and a road setback at Fredericksburg, Good and Annville are off to a 1-1 start in the early going of the Lebanon County American Legion baseball season. But Annville projects to be in the thick of the race, as the local summer circuit unfolds during the rest of this month and into July.

As an ace and a stopper, Good, a hard-throwing southpaw, helps his side most when he’s manning the mound. But over the course of his development, Good has also emerged as a legitimate threat at the dish.

During the recently completed spring season, Good played a similar role on the Annville-Cleona high school team. Producing consistent outing after consistent outing, Good, a tough competitor, led the Little Dutchmen to a second-place finish in Section Four of the Lancaster-Lebanon League, a berth in the L-L’s postseason and a spot in the District Three Class AAA playoff tournament.