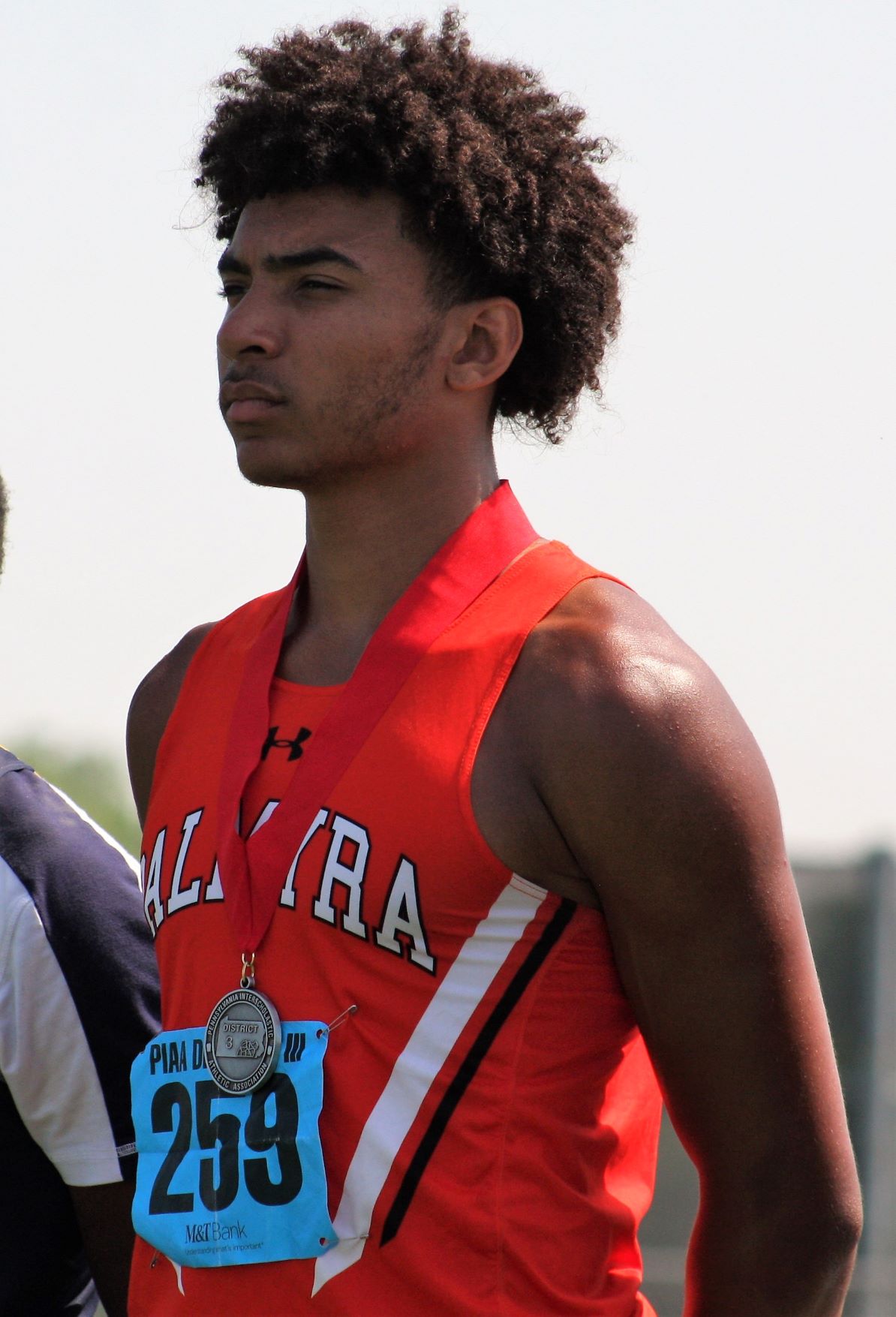 There have been times during his athletic career that Anthony Mansfield has flashed signs of brilliance. There have been other times when he has been overshadowed by talented teammates.

This time, Mansfield’s talents were on display for all of District Three to see.

On Saturday at Shippensburg University’s Seth Grove Stadium, Mansfield stole the spotlight at the 97th annual District Three Class AAA Track and Field Championships. The Palmyra senior was at his absolute best while using his speed and athleticism to take home medals from four different events.

The highlight of Mansfield’s day came in the 400-meter relay, where he anchored the top-seeded Cougars to gold. Mansfield also played a huge role in the Palmyra 1600-meter relay team’s silver-medal performance.

Individually, the Cougar 12th-grader finished a surprising second in the long jump. He also ran fourth in the 100-meter dash.

Peaking at the absolute best time of the year, Mansfield has enjoyed a tremendous postseason, one that will continue next weekend back at Shippensburg University at the PIAA Track and Field Championships.

During the fall season, Mansfield was a solid contributor to the Palmyra football team’s success.

The Bigger the Meet, the Higher Noah Gunderson Jumps and the Shinier the Gold
For County Competitors at Districts, Batons Add Weight and Meaning