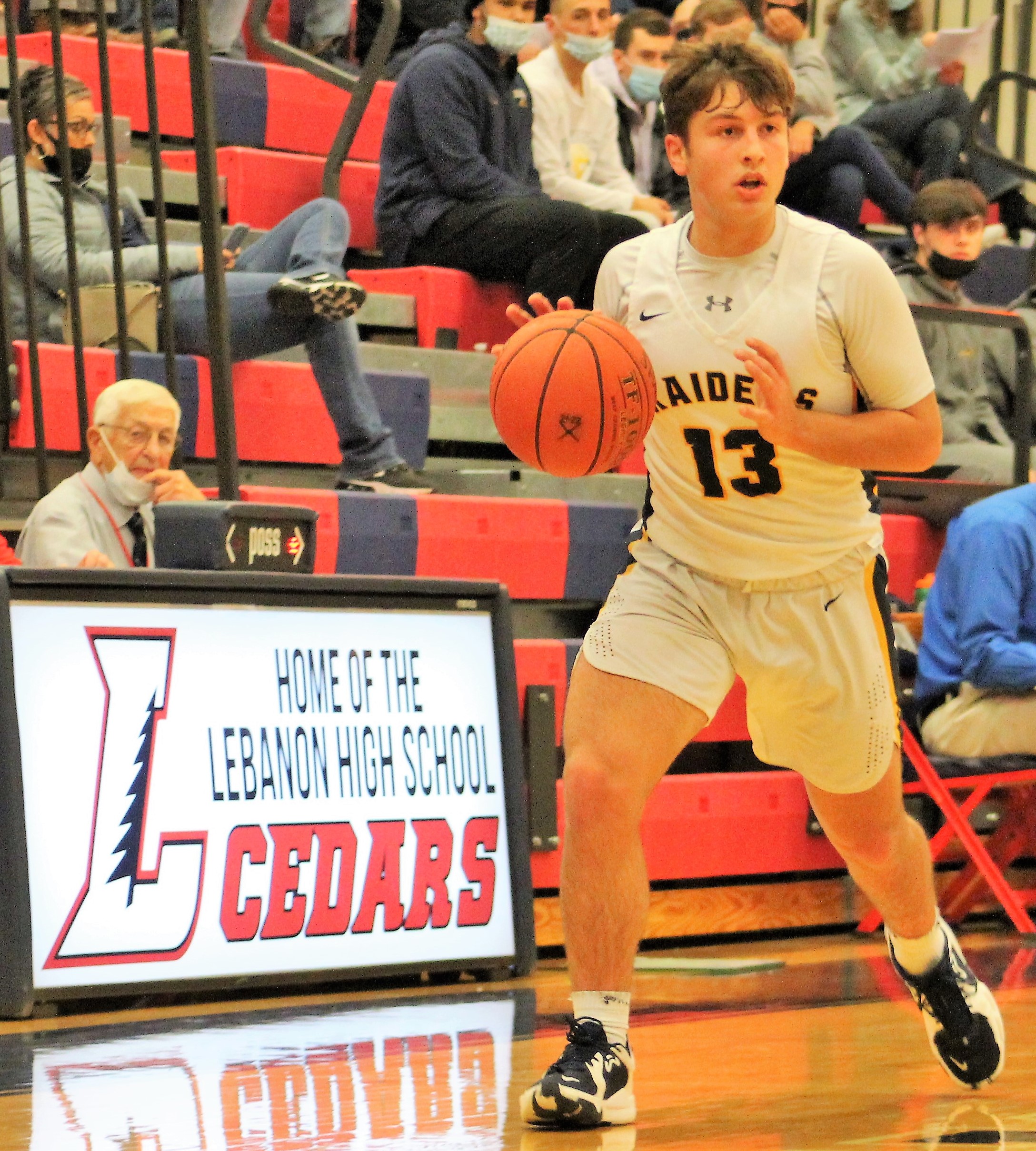 LEBANON -In this current age of slick-handling guards, perimeter play and the three-point shot, the Elco boys’ basketball team is old-school, a throwback. But all the Raiders are really doing is playing to their strength.

On Friday night, during the opening round of the 23rd edition of the Lebanon Athletic Booster Club’s annual tip-off tournament, Elco went down low and pounded the ball inside to register a 45-33 triumph over Red Land. After establishing a comfortable working margin in the middle of the opening quarter, the Raiders used their size advantage to hold off the Patriots the rest of the way.

With the outcome, Elco moved into Saturday’s 7:30 p.m. title tilt of the tournament, opposite the host Cedars, who dispatched Spring Grove 57-32 in the other opening round match-up.

“When you have an inside game, it just makes it that much easier, especially on the perimeter,” said Elco head coach Brad Conners. “We’re learning, but Corey (Attivo), Luke (Williams) and Rheece (Shuey) did it last year. What we’re still learning how teams are going to play us. But if you can learn and still get the win, you really can’t complain.

“I’m just really happy for these kids,” added Conners. “We’ve been beating each other up for the last 13 or 14 days. It’s nice to get out there and play consecutive minutes.”

After getting it early, Elco played with the lead for about 31 of the contests’ 32 minutes. The only time Red Land seriously threatened it was three minutes into the fourth quarter, when it pulled to within 35-31 of the Raiders.

But Elco responded with a huge Cole Thomas three-pointer, and that ignited the 10-2 burst upon which the Raiders ended the game.

When Williams scored inside with 3:33 remaining in the third quarter, Elco had itself a 31-29 lead. But the Raiders went the next six minutes without a point, and Red Land closed to within 31-26 early in the final period.

Williams poured in 18 Raider points, while sophomore guard Dallas George contributed ten points. The Raiders also used their size to get to the free throw line, where they made 12 of 19 attempts and outscored the Patriots by ten points.

“We’ve got some experience, but you want to see things on the defensive end,” said Conners. “There are things you can constantly get better at on the defensive end. You’re never going to play the perfect game, but there are specific goals in every aspect of offense and defense.”

It was a 9-0 run in the opening minutes of the contest that got the Raiders the lead they would never relinquish. George, Williams, Attivo and Thomas all contributed offensively during that particular stretch.

Then, late in the second stanza, Thomas and Williams drained back-to-back treys to push the Elco advantage to 23-13.