This feature recaps recent action from the youth travel basketball organizations in Lebanon County. Additional reporting beyond the scores is based on information provided by the dedicated volunteers within these organizations.

Coaches’ Update: The Annville girls are still getting accustomed to playing in the LL Travel League, but have remained competitive regardless of their early 1-3 record.  On Sunday, they fell to a strong Lancaster Mennonite team, in a game where Georgia Sellers and Alayna Dalton led the Dutchmen in scoring.

Coaches’ Update: The Cedar Crest 6th grade girls started the season with three tough competitions, coming out 1-2.  They  beat ELCO and came up just short against Manheim Township and Hempfield.  The girls have a balanced team, with different leading scorers each game.  McKenna Kantner and Madison Stradnick led the way in the win against ELCO.  Star Simaska and Katie McCracken were leading scorers against Hempfield.  Alex Jones and Naomi Speaks dropped the most points against Manheim Township. 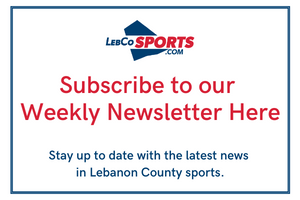 Coaches’ Update: While this Lebanon team plays in the 6th grade division, the squad is made up of only five 6th graders.  There are also five 5th graders and two 4th graders on the team.  This team is very inexperienced when it comes to the realm of travel basketball.  Yet, they are a hard-working group and have been very coachable. They are gritty and in true Lebanon basketball fashion, they love to run the floor.  They have overcome early adversity to begin the season with a 4-1 record.  Ella Haulman is leading the team in assists. Nina Lampkin is leading the team in rebounds, and Makenzie Bower is leading the team in minutes and points scored at 12.5 points per game. While they are off to a hot start, they will have to continue working on their overall skills, especially when it comes to breaking a press, if they will want to remain competitive for the entirety of the season.

We were unable to get any information by the time that this was published.  It will be updated if that information becomes available to us.