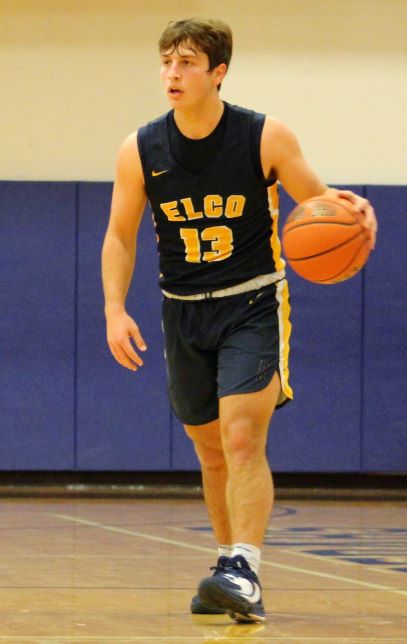 He’s a coach’s son, and a coach on the floor.

He’s a leader and a calming influence for teammates.

He’s one of the top male performers in Lebanon County.

But most importantly, Dallas George holds the keys to the Elco boys’ basketball fortunes this winer.

On Saturday, George was named to the all-tournament team at the Lebanon boys’ basketball tip-off tournament. The 5-10 junior guard played admirably and courageously, as his Raiders claimed the championship of the yearly event.

George was at his best when the chips were on the line during a 64-56 championship triumph over Spring Grove. His steady play in the fourth quarter was manifested through his defense, free throw shooting and decision making.

George finished with 16 points against Spring Grove, a night after pumping in 15 during a 63-49 triumph over North Schuylkill.

This past fall, George’s play helped the Elco boys’ soccer team to a Lancaster-Lebanon Section Three championship and a berth in the District Three postseason.

Boys Basketball Outlook: Palmyra
Cedars Have a Ways to Grow