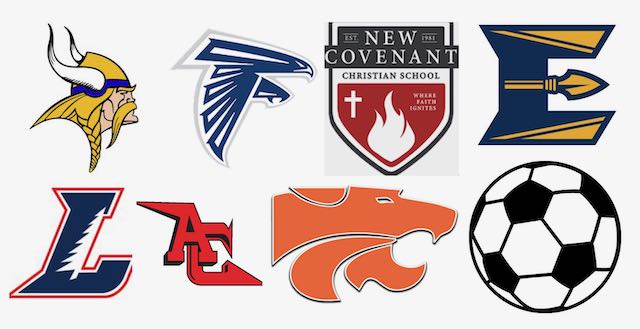 Season Update:  Annville-Cleona’s coaching staff had shared in the Season Outlook that they expected to be tested early with a tough, front-loaded schedule.  This has turned out to be true.  It is not all bad news for this team, as they are scoring goals. It will be a matter of building upon those skills and continuing to improve as the season progresses.  While the players may be disappointed in the overall record, if they remain committed to the goal of getting better each day they will not be winless much longer.

Season Update: The Falcons record is not what they may have expected, especially since they are scoring in bunches.  They have netted 16 goals in the first six games of the season.  What has also come in bunches have been the number of games in a very short time frame that has left this Cedar Crest team feeling tired.  This led to a sluggish offense against Garden Spot, their only scoreless game.  They were able to rebound in Saturday’s contest against Northern Lebanon, but the victory took much longer than they would have liked.  Some key offensive performers through the first five games for the Falcons have been Nick Garman (4 goals) and Gio Mancino (3 goals, 3 assists). Nick Bensing has worked hard as a defensive stopper.  If this Cedar Crest squad can find consistency and some rest, their record should improve rapidly.

Season Update: The ELCO season is off to a good start, as the team has posted a 4-1 record in mostly non-league play.  Though early, this has put them in District playoff contention yet again.  If the Raiders can continue to win as the Section play opens, they will be able to avoid the nightmare playoff scenario they experienced in 2021.  With a squad full of veteran leaders, this ELCO squad knows what to expect and is seemingly up for the challenge.

Season Update: The Cedars have struggled to control the ball on the offensive end, leading to other teams scoring at a pace that cannot be matched.  The Lebanon coaching staff recently shuffled the line-up in hopes of providing an offensive spark, but this will continue to be a work in progress.  The team is full of veterans, but they must be able to get back to fundamentals in order to play the game on their terms.

Season Update: The Flames have only had two regular season games thus far, but have also played two tournament games.  The team seems to be coming together, winning their last three, including one against Annville-Cleona. It has not hurt at all that they have Ben Hartman driving their offense.  In the Antietam Tournament, Hartman scored 10 goals in two games.  As most of New Covenant’s remaining schedule are within their league, against class A school, they will need to win most of them to make the District 3 playoffs.  With their solid play as of late, they seem poised to make sure that this happens.

Season Update: Entering the season, Northern Lebanon was hoping to challenge for the Section 4 crown.  The Vikings started the season by losing their first two, including the home opener.  Coach Tomazin said that this was a wake-up call to his players that they should always give a full effort.  The message seems to have been heard, as they went on to win their next two games.  Through four games, Lucas Novack has 3 goals, with Lucas Piece contributing a goal and 2 assists.  Taking Cedar Crest to the brink on Saturday, right before opening their League schedule, may be a good sign of things to come for this Northern Lebanon squad.

The Vikings after their 2-0 win over Hamburg.

Season Update: The Cougars are off to an excellent start, sitting undefeated atop the District 3 AAA Power Rankings.  This included a crucial early season win over division rival Hershey, which moved them to 2-0 in the Keystone Division.  Brayden Sunho and Matt Bordner have been explosive on offense for Palmyra.  Through the first four games, Sunho has 4 goals and Bordner has notched 6 goals, including the overtime game winner against E-Town and a hat trick against Cedar Crest.  Palmyra is feeling great about how things are currently going and they want to keep sharpening their skills, as they know that they will need everything they have to build on last year’s success.