Cougars Never Get Tired of Winning 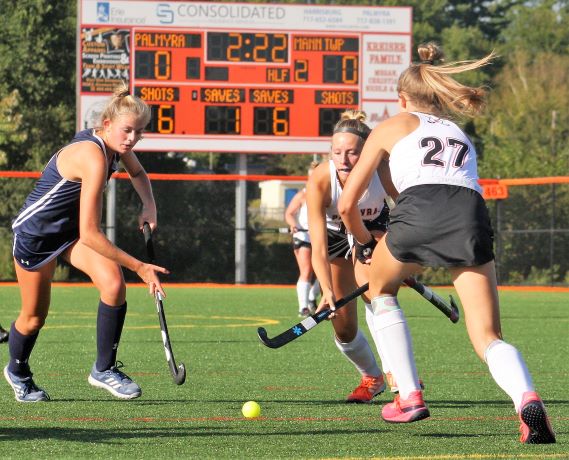 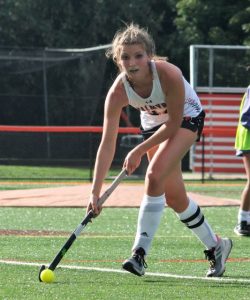 PALMYRA – The effort and energy required to play it makes field hockey a consistent and constant challenge.

Given its schedule, the Palmyra field hockey team doesn’t expect to be at its best all the time. But the Cougars do intend to be at their collective best at the right times.

On a breezy Thursday evening at Palmyra High School’s OAL Sports Complex, the less-than-fully-charged Cougars still wore down Manheim Township 2-0, in a spirited non-league, midseason contest. After failing to connect on a number of good scoring opportunities over the first 30 minutes of action, Palmyra netted a pair of second-half tallies. 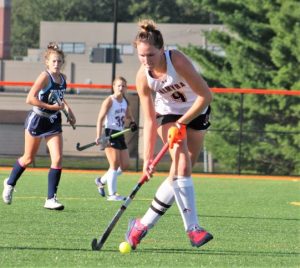 In the midst of a five-game week, the Cougars were coming off a 3-1 win at Red Land on Wednesday and a draining 0-0 draw with rival Lower Dauphin on Monday. But Palmyra, the current top-seed in the District Three Class AA power ranking, dug deep to improve to 8-0-1 on the campaign.

With the result, Manheim Township dipped to 7-3 overall.

“It’s a rough week,” said Palmyra head coach Kent Harshman. “This is the most difficult week of our season. But with this group, it’s never a lack of effort. Sometimes when you’re tired it tends to affect your execution. Today was about effort, not execution. 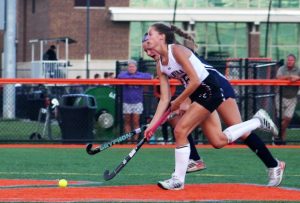 After none of its 11 first-half shots found the back of the cage, Palmyra broke the scoreless tie with 2:11 left in the third quarter.

Following Keely Bowers’ insert of a corner, the Cougars mustered some direct pressure on Manheim Township goalie Zoe Caloviras. Caloviras was up to the task until Palmyra senior midfielder Olivia Kirkpatrick opportunistically pounced on the loose ball and deposited it into the right side of the goal. 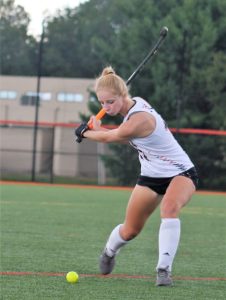 “We play a minimum of 15 girls every varsity game, and it’s not like they’re playing two minutes,” said Harshman. “That helps us stay fresh. We tend to wear teams down as the result of our depth.

“Tonight, we actually did better offensively as the game went along,” added Harshman. “We’ve been doing well in games we expect to do well in. We’ve been challenged by some very good defensive groups. But people forget about how good our defense is. As long as you’re playing good defense, it’s always going to be a back-up for your offense.”

“You can’t win a game getting only one shot on goal,” said Manheim Township head coach Jessica Shellenberger. “Palmyra’s outstanding, and always has been. Their coaching staff has been consistent for 30 years. It’s such a tradition here. Their girls were born with sticks in their hands. It’s a different culture here.”

Cougar sophomore Mallory Hudson made it 2-0, 4:08 into the final period. A teammate controlled the ball and advanced it towards the net, and when the ball caromed off Caloviras’ pads, Hudson was positioned perfectly to knock it into the cage. 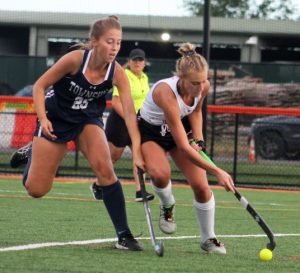 “We are as talented on the field as we’ve ever been,” said Harshman. “What sets this group apart is their team chemistry, their team culture. I call field hockey an effort game. You’ve got to play for each other and stay together. This team does that tremendously well. It makes coaching them fun.

“I don’t know that Olivia (Kirkpatrick) is any more important to this team than she has been to the other two,” Harshman continued. “She was selected as a captain, and she’s been a leader ever since she first stepped on to the field. The kids look up to her. She’s typically the first one to speak up about what we need to do better. She’s a tremendous player. She’s a great communicator.”

In the final tally, Palmyra out shot Manheim Township 22-1. The Cougars posted an 11-3 advantage in the penalty corner category.

“I think the Keystone Division of the Mid-Penn Conference is better than any division in the state, and maybe the country,” said Harshman. “We play tremendous teams like Hershey, Lower Dauphin and Mechanicsburg twice, so six games or one-third of our regular-season schedule. Our tough schedule is developed with a purpose. 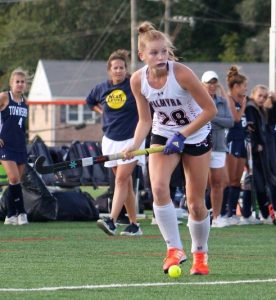 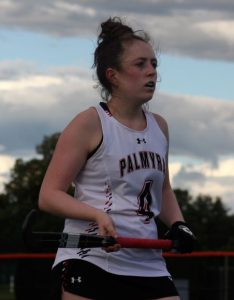 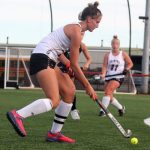 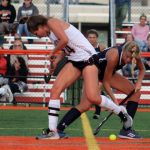 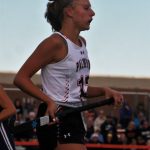 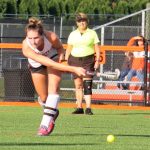 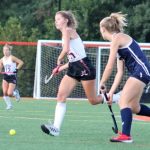 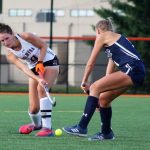 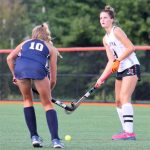 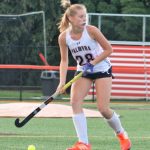 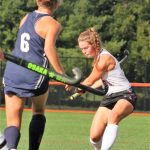 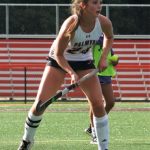 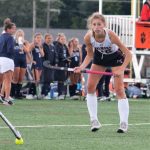 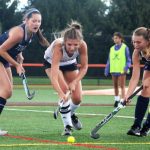