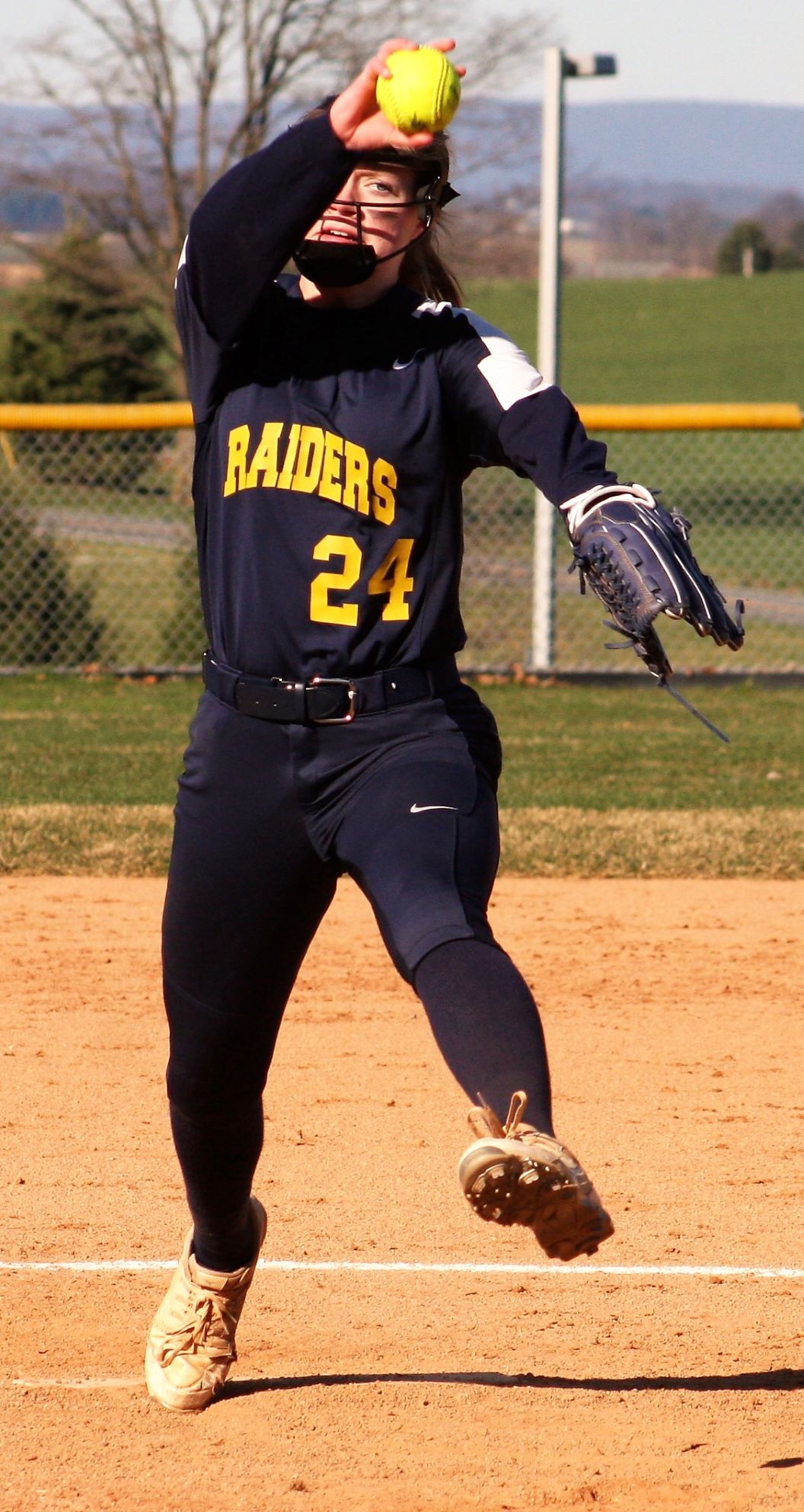 The best way to turn a softball program around is to sure up fundamentals – clean up the defense and tighten up the pitching. In Myerstown, the Elco Raiders have turned things around.

This spring, Elco has taken giant leaps forward in its progression. The Raiders have played much better defense and solidified the pitching.

While it’s certainly been a concerted team effort, no one is more responsible for Elco’s turnaround this season than Smith. This week, the Lancaster-Lebanon Section Three coaches recognized her contributions by naming her as a first-team all-star.

Smith has enjoyed an absolutely fabulous ninth-grade campaign for the Raiders, both on the bump and at the dish. From the mound, Smith has been around the plate all season long, throwing strikes, limiting walks, controlling damage and keeping Elco in games.

The result is that the Raiders are currently 6-9 overall and in the hunt for a District Three Class AAAA playoff berth. Qualifying for the postseason would go a long way in proliferating Elco’s development, but even if Smith and the Raiders don’t get there, their future is quite bright.