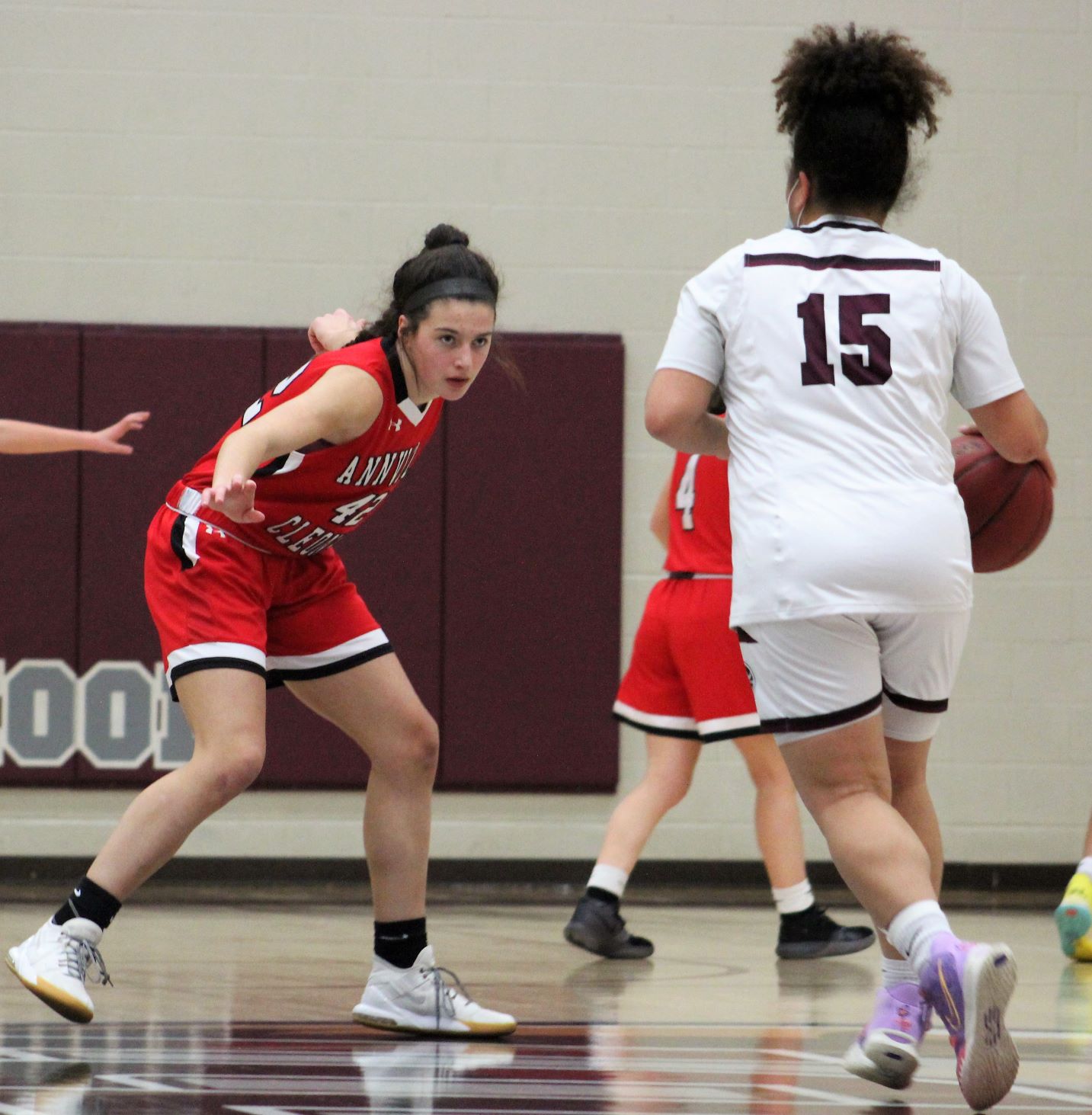 LANCASTER – These lines of development are rarely perfectly vertical, almost always jagged. They are characterized by blips and interruptions and setbacks.

But the journey never betrays the destination.

On Tuesday night at Lancaster Country Day School, the meteoric rise of the Annville-Cleona girls’ basketball team was leveled off by a 53-32 loss to the homestanding Cougars. While Lancaster Country Day was shooting the ball extremely well, the Little Dutchmen were struggling to get on track, thanks to the Cougars’ full-court and zone defenses. The performance was in stark contrast to how Annville-Cleona had been playing over the past two weeks. The result snapped the red-hot Little Dutchmen’s five-game winning streak and left them 11-9 on the year and 5-5 in Section Five of the Lancaster-Lebanon League.

With two regular season contests remaining, Annville-Cleona is situated sixth in the District Three power rankings for an AAA classification which takes six teams for its postseason tournament. Please remember that all this is from a squad that won a total of five games in 2020-21. With the victory, Lancaster Country Day moved to 17-4 overall and 6-4 in Section Five. Back on January 12 in Annville, the Little Dutchmen defeated the same LCD outfit 35-25.

“We’ve been very pleased with the way the girls have been playing,” said Annville-Cleona first-year head coach Wee Sanchez. “They’ve built their confidence. Tonight was a hiccup. I hope we don’t let this get to us. I just want them to taste the district playoffs.

“Having just three seniors, I’ll be honest, I’m surprised where we’re at,” continued Sanchez. “Having underclassmen is tough. We hit our expectations for the season, and maybe exceeded them a little bit. But we can’t give up now. Let’s get there.”

Annville-Cleona never led after Lancaster Country Day used an early 6-2 burst to establish an 8-4 lead. But the Little Dutchmen did come within 8-7 of the Cougars on Ava Hoover’s old-fashioned three-point play 32 seconds into the second quarter, and then to within 11-9 of Lancaster Country Day on two free throws from A. Hoover 38 seconds later. “We came out flat,” said Sanchez. “This was our sixth game in a week-and-a-half. We were tired. Give credit to Country Day, they played their ‘A’ game. Our legs weren’t there. Our shots weren’t falling.

“They (the Cougars) shot well,” added Sanchez. “Genesis (LCD guard, Meadows) is a nice ball player. Erin (Schrader) did a nice job on her, she was just on. That’s what we saw tonight. They (the Cougars) were prepared. They were ready to play.”

Lancaster Country Day outscored Annville-Cleona 11-3 over the final 5:25 of the first half and took a 22-12 advantage to intermission.

“For us against a zone, we’ve got to shoot the ball,” said Sanchez. “They (his players) had the green light tonight. Our shooters have got to shoot with confidence. If you don’t, the ball’s not going to go in. “Offensively, that was not a surprise,” Sanchez added. “We’re probably averaging in the mid 30s (points per game). We sometimes struggle getting the ball in the hoop. We’re a good defensive team. We thrive on our defense. But we’ve got to work better against zones.”

“We played well,” said Lancaster Country Day head coach Devonne Pinkard. “I thought we had a sense of urgency because the first time we played them, they handed it to us. That first time at ‘The Barn’, they out toughed us. That’s a well-coached team. We just wanted to execute, and we knew we had to rebound.”

From beyond the arc, the Cougars outscored the Little Dutchmen 27-12. “It’s one game,” said Sanchez. “We’ve got two more games left this (regular) season and we’re close. We can’t let it slip through out fingers at this point. One of our preseason goals was to qualify for districts. It’s been a while since Annville-Cleona has gotten there. The girls deserve it.”

Sage Sherk’s three-ball coupled with a driving lay-in from Kendall Cooper drew the Little Dutchmen to within 26-17 of the lead early in the second half. But that would be as close as they would come.

Lancaster Country Day netted the first 11 points of the final quarter to extend its lead to 50-27.

“We’re jelling well,” said Sanchez. “It was just one hiccup. We’ve got to want it. The coaches can’t want it for the girls. The rest of this week is going to tell us what we’re about.”