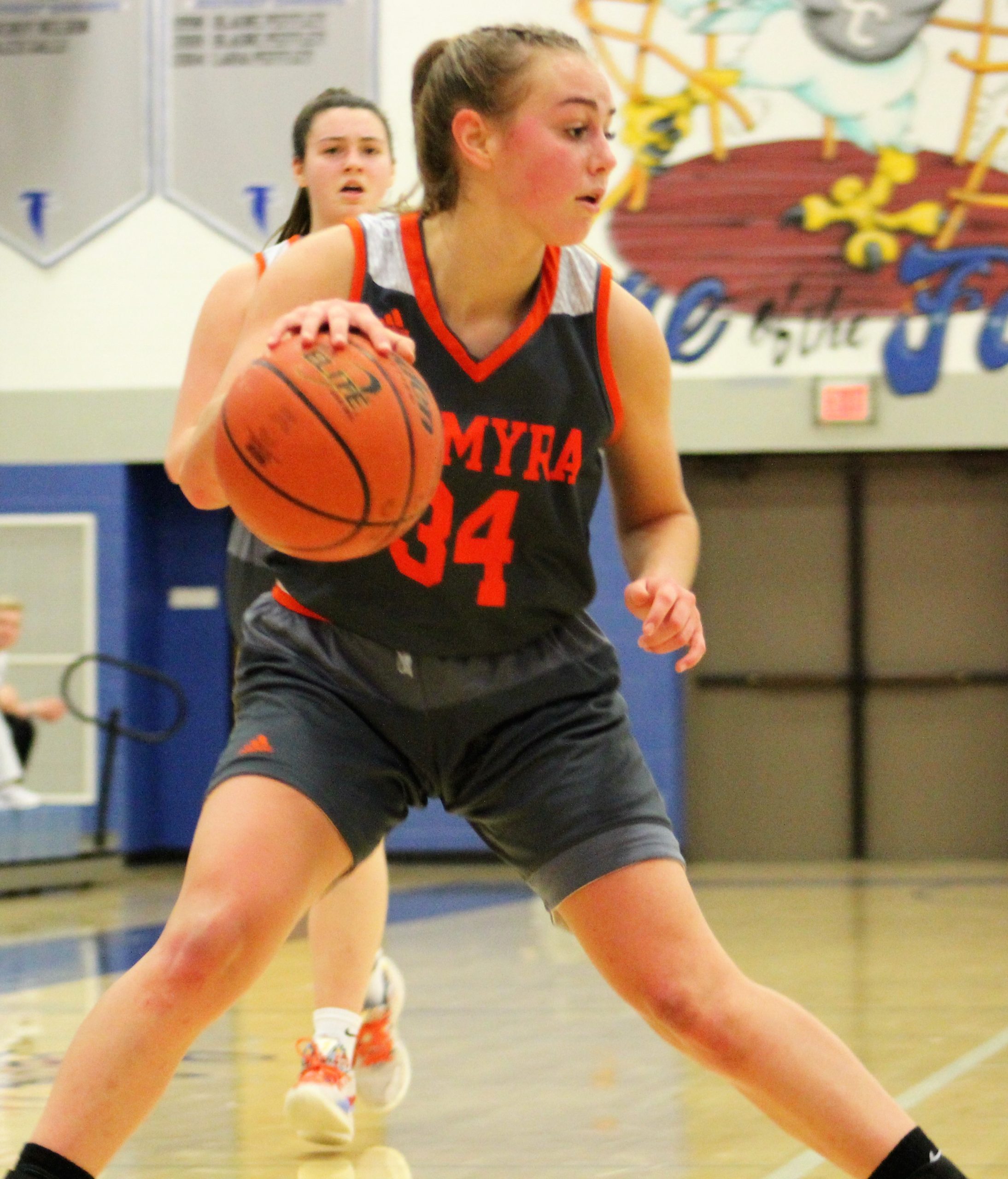 Earning eight-plus varsity letters over a scholastic career is no small fete. It requires a defined skill set, dedication and development.

And seniority and experience do have their perks.

On Saturday at Cedar Crest, Smith’s experience and leadership were on full display during her Palmyra Cougars’ 34-32 road win over the Falcons. Despite the full attention of the Cedar Crest defense, Smith wanted the ball in her hands when the game was on the line and she delivered the game-winner with 12 seconds remaining.

As the intense, back-and-forth affair was winding down, Smith took a couple of dribbles to her left, reached the baseline and pulled up from 12 feet away. Her floater was true and Palmyra emerged with a much-needed victory.

The dramatic bucket gave Smith 13 points for the game. It also helped right the ship for Palmyra, which had entered play on the heels of two straight disappointing losses.

The Cougars are now 3-2 on the year, and appear to be headed as far as Smith can will them.