After Letting One Slip Away, Cedar Crest has Even Less Margin for Error 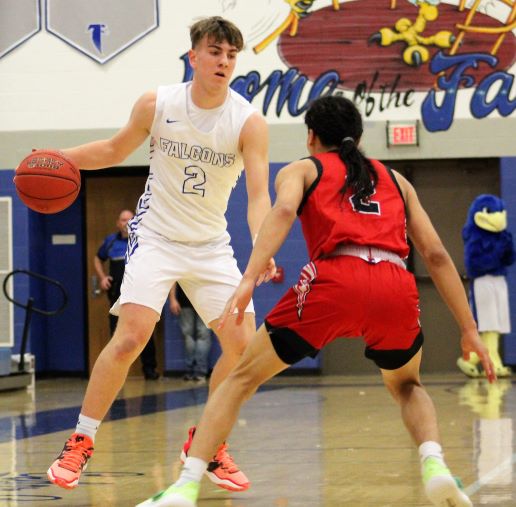 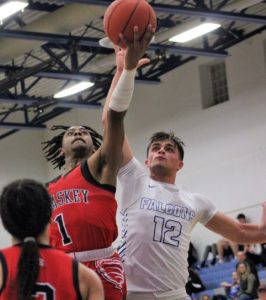 On Thursday night at CCHS’ ‘The Cage’, the Falcons dropped a tough 51-49 Lancaster-Lebanon Section One decision to McCaskey. After it led by as many as a dozen points in the first half, Cedar Crest faltered down the stretch. 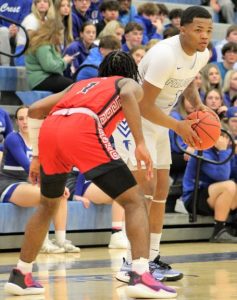 Coming out of a timeout with five seconds left in the fourth quarter, the Falcons got two very good looks at a potential tying basket, but couldn’t convert. After a pair of foul shots from Fernando Marquez had given Cedar Crest a 46-44 edge in the middle of the final stanza, the Falcons went one-for-four at the charity stripe over the final 1:46 of the contest.

With the setback, Cedar Crest fell to 6-6 overall and 3-2 in Section One. In the latest District Three power rankings, the Falcons were situated 12th in an AAAAAA classification that takes 12 for its postseason tournament.

Currently 8-6 on the season and 4-1 in Section One, McCaskey now finds itself in a bit of a better position than Cedar Crest.

“Our window is shrinking if we have any postseason aspirations,” said Cedar Crest head coach Tommy Smith. “We need to find ourselves on the other end of these close ones, especially when you have a 12-point lead at halftime. That’s a game we need to finish and close out. 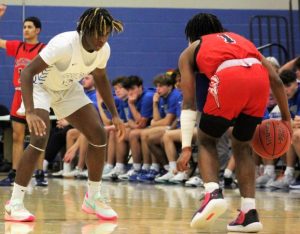 “It’s a section game,” continued Smith. “Any time you play in the section, it’s so important. If you have any aspirations of getting into the league playoffs or the district playoffs, you’ve got to take care of games like this in the section. We were sitting in a good place going into tonight, and we let this one get away.”

After the Falcons led 30-18 at the intermission, the Red Tornado opened the second half with a 9-3 spurt to cut its deficit in half. But thanks to Danny Speaks and Marquez, Cedar Crest netted the final two baskets of the third period and carried a 41-36 lead into the fourth.

Then 42 seconds into the final quarter, junior Leo Tirado converted a three-point play to make the Falcons’ lead 44-38. But McCaskey held Cedar Crest without a point over the next 3:51 and took a 46-44 advantage. 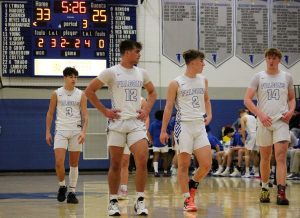 “The first option was to run a shooter to the corner, and we didn’t think we were going to get that,” said Smith of the frantic final sequence. “Our second option was a clear-out on that side, and then we had our ‘big’ on the back side for a rebound. We got exactly what we wanted and the ball didn’t go in.

“They (the Red Tornado) turned the pressure up on us and we turned the ball over way too many times in the second half,” added Smith. “Because of what they did, we didn’t respond well to it. We kept giving them opportunities. With a 12-point lead in the second half, we protect the ball, we win.”

“Honestly, things changed once our kids started hearing the coaches’ word ‘defense’,” said McCaskey head coach Freddy Ramos. “It definitely carried us. We have this identity of intensity, defense and transition. But Cedar Crest had it in the first half. It’s probably the best offense we have, when it comes from our defense.” 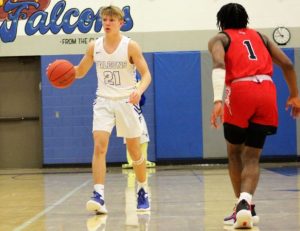 J’Veon Reyes-Vega led the Falcon attack with 13 points. Cedar Crest finished five-for-nine at the foul stripe, while McCaskey was six-for-11.

The Falcons turned the Red Tornado over 15 times in the first half.

“We played extremely hard,” said Smith. “One of the things we’ve been talking about is playing with a sense of urgency from start to finish, and I thought we did that. Obviously, we played much better in the first half. We were able to take care of the basketball better. The difference in the game in the second half was missing foul shots down the stretch and missing lay-ups we normally make.” 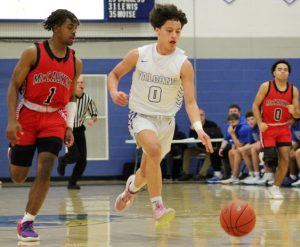 After the Red Tornado tallied nine of the contest’s first 14 points, Cedar Crest pieced together a 12-0 run to take a 17-9 advantage early in the second period. Reyes-Vega was responsible for seven of those points, while Tirado and Owen Chernich each contributed buckets, and Marquez hit a free throw.

“We defended very well in the first half, but it started with taking care of the basketball,” said Smith. “They (the Red Tornado) didn’t get out in transition. Them playing in the half-court was to our advantage.”

With Reyes-Vega draining a three-pointer, Aiden Schomp converting a stick-back and Chernich laying in a deuce, Cedar Crest closed the first half on a 7-2 burst and with a 30-18 advantage.

“We’ve definitely been up and down. But we’re still growing. We’re still young,” said Smith. “We’re growing every day. Our record may not show we’re getting better. Tonight was a great opportunity. We told them (his players), ‘You can take this as a loss or as an opportunity to grow.’ The bottom line is when you’re winning by 12 points at halftime – no matter how old you are – you’ve got to win the game.” 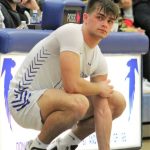 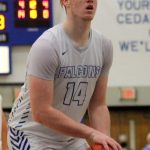 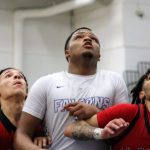 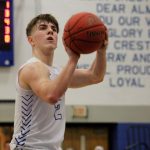 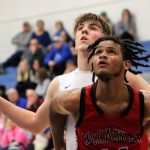 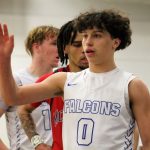 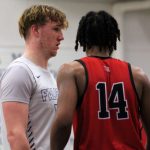 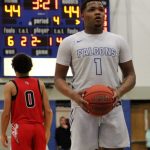 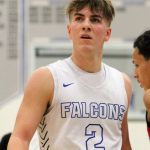 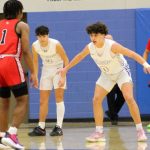 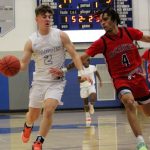 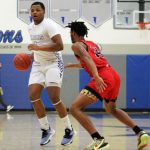 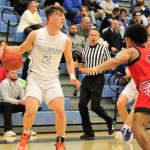 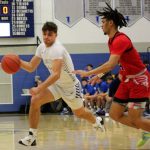