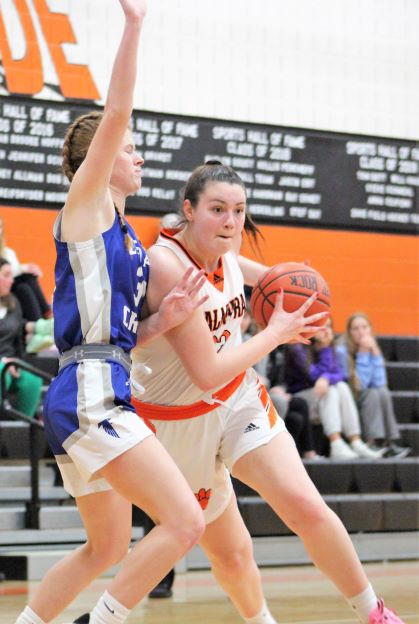 The Palmyra girls’ basketball team has a plan. It’s a good plan, a sound plan, a bold plan.

It’s also a plan of which Maddie Henry is a huge part.

This week, Henry and the Cougars’ continued to execute the plan. On Thursday at home, Henry posted 11 points and a boatload of rebounds during a 45-33 loss to Lebanon County rival Cedar Crest.

“I saw Maddie Henry take a step forward,” said Palmyra head coach John Polly, after the game. “She’s looking to take over, if need be. She’s kind of been in the shadows the last few years. Now she’s front and center. Just her ascending as a team leader.”

Currently standing at 2-5 overall, Palmyra’s steady improvement has yet to find its way to the scoreboard, or the win column. But when it does, rest assured that Henry’s scoring, fundamentals and leadership will be a driving force behind it.