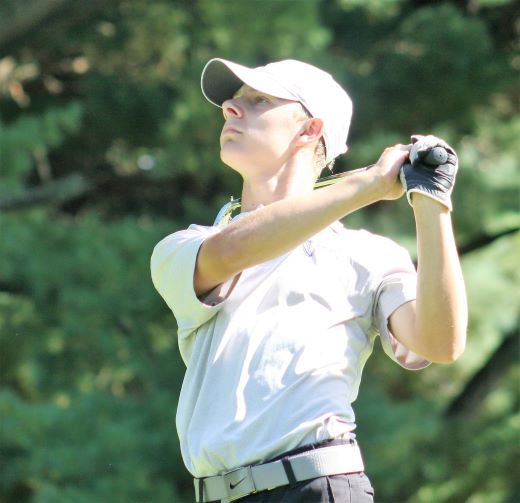 He’s more of a golf prodigy than a freshman phenom.

Actually, you can call Dylan Ramsey anything you want, as long as ‘state champion’ appears somewhere in his title.

Ramsey birdied the Penn State White Course’s 492-yard, par-five 18th hole to secure the victory. Through his two days of state competition, the Falcon ninth-grader was a combined eight-under par on the White Course’s par-fives.

Ramsey had entered Tuesday’s second round with a three-shot lead, after carding an opening round of 67, or five-under par, during Monday’s opening round. He protected his lead by playing his final nine holes at one-under par.

Earlier this month, Ramsey earned the individual championship at the Lebanon County scholastic golf tournament contested at the Lebanon Country Club. During the regular season, Ramsey, who considers Royal Oaks his home course, averaged 70.4 shot per round to help Cedar Crest to its first Lancaster-Lebanon Section One championship in more than 20 years.

At the Lancaster-Lebanon League tournament, Ramsey finished as the runner-up to Falcon teammate Ben Freeman at Fairview. This summer, Ramsey and Feeman teamed to capture the championship of the popular Lebanon County Better-Ball-of-Partners tournament at Pine Meadows.