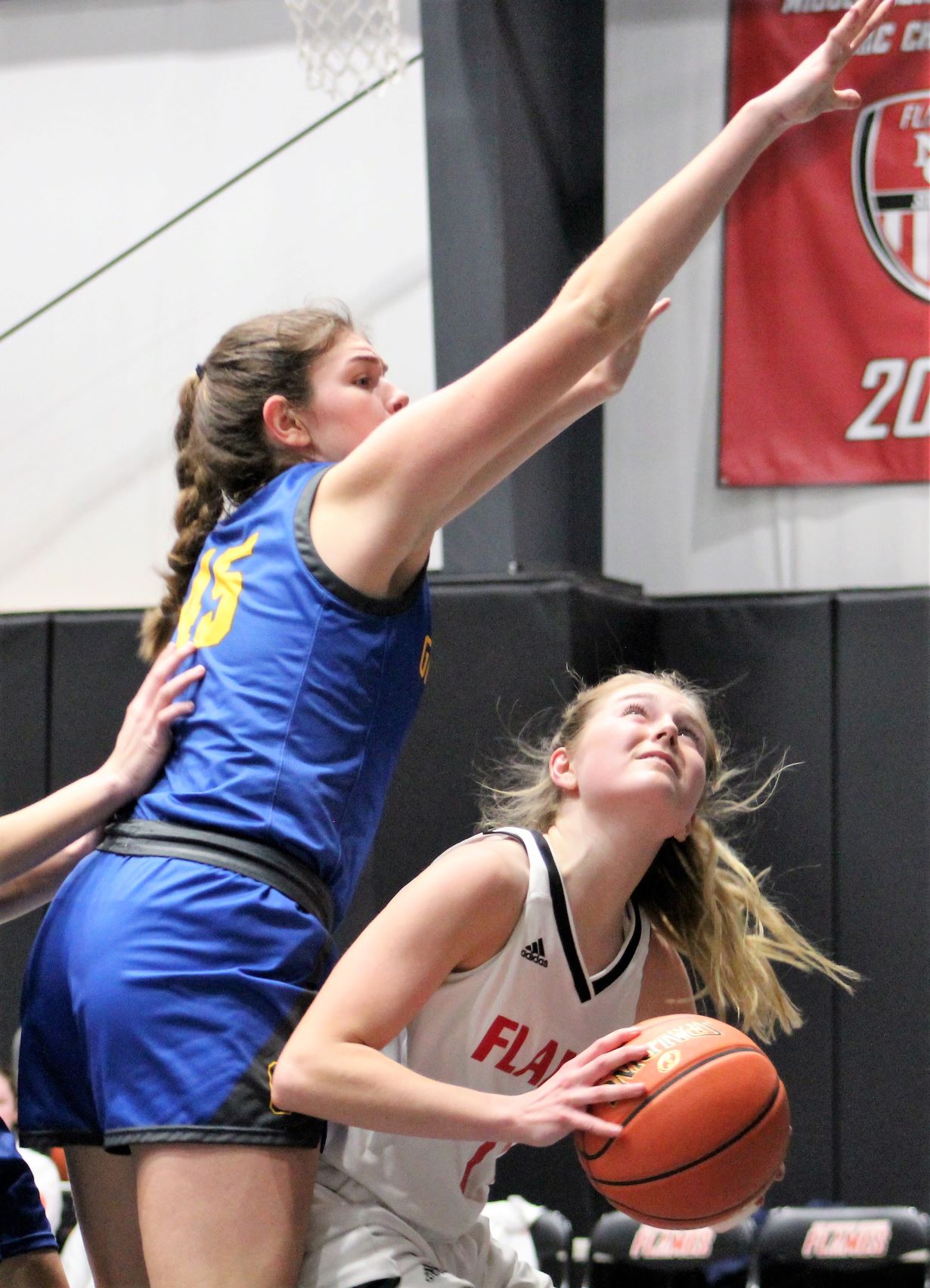 EBENZER – Much of this is still very new to the New Covenant girls’ basketball team. So some allowances probably must be made.

We’ll chalk this one up to experience.

On Tuesday night at New Covenant Christian School, the Flames’ deepest foray into the District Three playoffs took a wrong turn, during a 44-26 loss to Greenwood, in the third-place game of the Class A tournament. The Flames fell behind the physically imposing Wildcats from the start and never really came up with a serious solution for closing the gap. Six days earlier, fourth-seeded New Covenant had qualified for its first trip to the state postseason in the 11 years since it became a PIAA member, with a 42-31 triumph over High Point Baptist. The Flames, now 13-9, will make that historic appearance on Friday, March 9, at the home of the District 12 champion, as the fourth-place finisher from District Three.

This season marks the fifth straight season in which New Covenant has qualified for the District Three Class A tournament.

Seventh-seeded Greenwood, the only public school in the District Three Class A bracket, improved to 10-12 on the year. The Wildcats tallied an amazing 39 of their 44 total points on shots within three feet of the basket or at the foul line. “When we started the year, we had a whole bunch of new players,” said New Covenant head coach James Hubbard, who also doubles as the school’s principal . “We didn’t jell much at the beginning. Then we were doing a lot of things together. I think the fact that we started to jell helped. We went with a quick group, and our seniors played better.

“This matters to us because we’ve never gone to states before,” continued Hubbard. “With a win, you get a better seeding. Plus, if you don’t take it seriously, you worry about how you’re going to play the next game.”

The Flames were doomed by a cold start.

New Covenant did not score a point over the opening 4:21 of the contest, as Greenwood raced out to a 12-0 lead. A basket by Kaitlyn Patton snapped the Flames’ drought, but the first period ended with the Wildcats up 18-6. “I told the girls that we had to get off to a decent start,” said Hubbard. “Falling behind 10-0 changes the mentality, and it’s a battle. If we hadn’t gone down 10-0, it would’ve been a much better game. But give Greenwood credit. They did a nice job. The better team won tonight, for sure.

“What hurt us were their big players,” added Hubbard. “We did not box them out. We’re a very small team. That hurt us. Mostly, their ‘bigs’ were pushing our kids out of the way. They were much more physical than us.”

The Flames did make some headway in the second stanza, behind the play of senior Lizzie Hubbard. Hubbard tallied the first three points of the second to pull New Covenant to within 18-9 of the lead. Then her driving lay-in two minutes later made it a 20-11 score.

“What I was hoping for was to play the game in the half-court, play good defense and get back into it one possession at a time,” said Hubbard. “They (the Wildcats) scored a lot in transition. We weren’t really closing the gaps (of the zone defense). Our kids just didn’t have it.”

Hubbard notched all of her team-high 12 points in the first half. The Flames converted just five of their 12 free throw attempts.

“Lizzie had a rough game tonight,” said Hubbard. “She just started getting called for turning the ball over. She scores a lot of our points a lot of the time. If we had more ball movement, we could’ve scored better. “It was one of those things, we could’ve played better,” Hubbard continued. “They (the Wildcats) made us play poorly. But we have achieved more this year than I expected. The goal was to be .500, but we made it to districts and we made it to states.”

New Covenant also went without a point over the opening 4:35 of the second half, as Greenwood built its advantage to 33-16. The closest the Flames could come the rest of the way was 40-28, courtesy of a three-pointer from Patton, with 3:12 remaining.