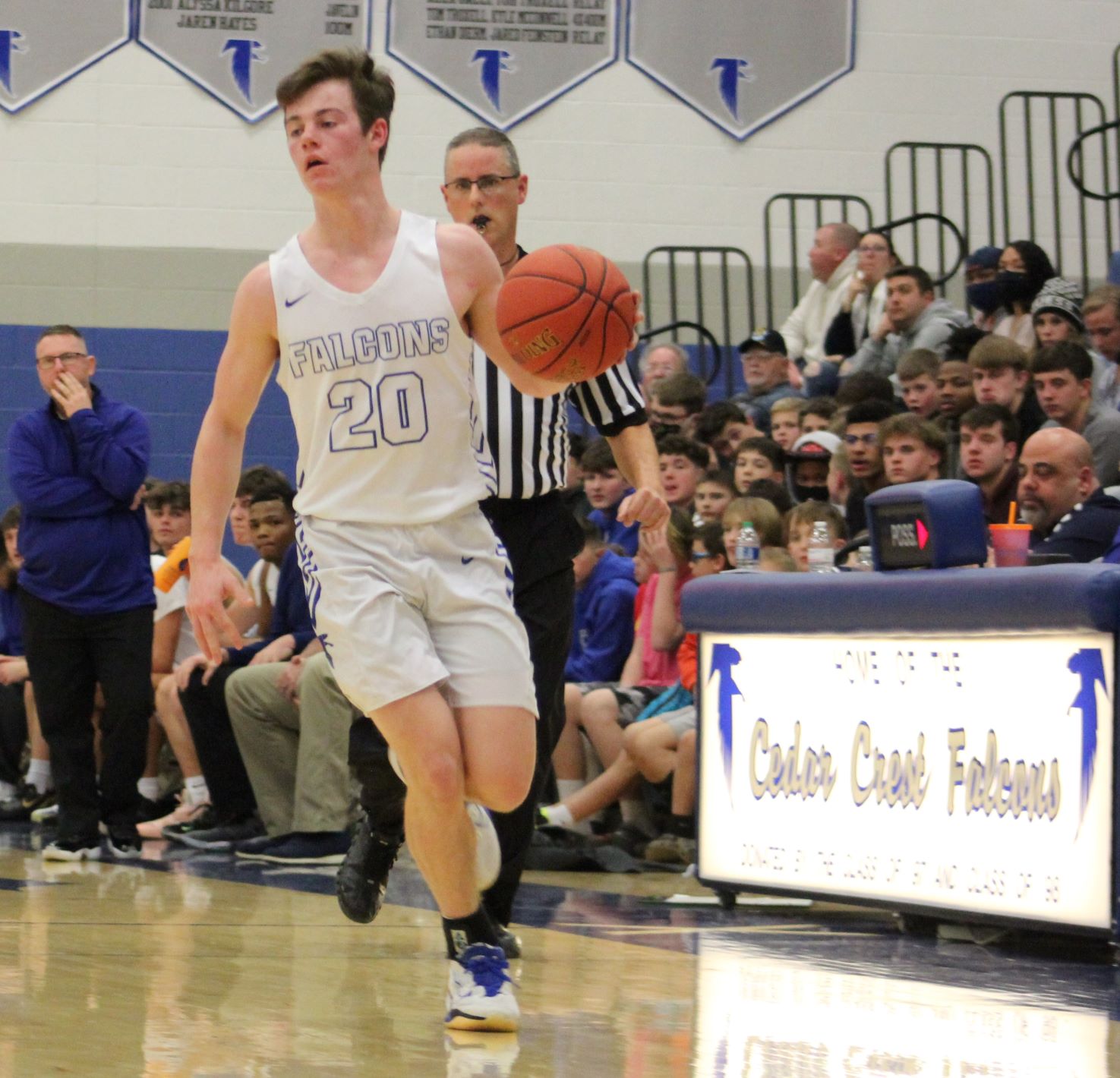 Senior guard Jake Wolfe has missed some time this year for the Falcons, and it’s shown. In the games Wolfe has played, Cedar Crest has been more steady, more balanced, more together.

Few weeks have epitomized what Wolfe means to the Falcons fortunes more than this one. With Wolfe in the lineup, Cedar Crest continued to improve, while going 2-2.

On Monday, Wolfe netted 12 points in the Falcons’ 59-49 home victory over Manheim Township. On Tuesday, he contributed eight points to Cedar Crest’s 53-42 triumph at Ephrata.

Then on Friday at home, Wolfe dropped in seven points during a 69-23 setback to Warwick. On Saturday, he concluded his week with four points in a 59-47 loss to Bishop McDevitt.

Despite missing four games this season, Wolfe is among Cedar Crest’s leaders in three-point field goals.

Moving forward, Wolfe will be counted on to provide the type of leadership and guidance required for the Falcons to take the next step in their improvement project.